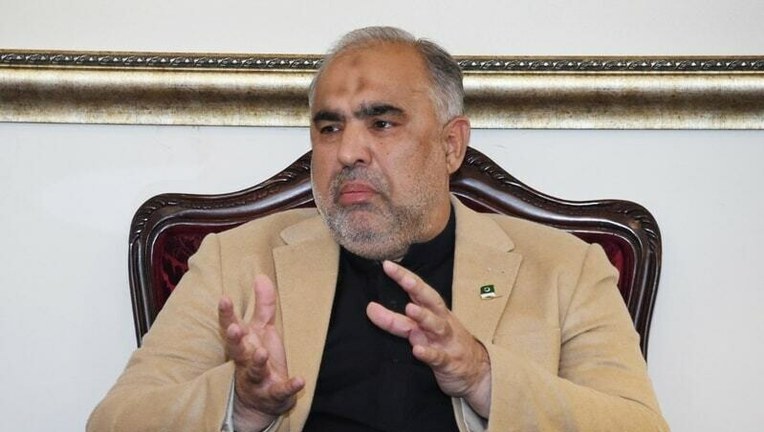 ISLAMABAD: Former National Assem­bly speaker Asad Qaiser while expressing complete trust in the Supreme Court, which is seized with a case seeking to recall its setting aside of the April 3 ruling of then NA deputy speaker Qasim Suri on the no-trust move, on Friday reiterated the president’s call for the apex court to formulate a judicial commission to investigate the Lettergate controversy.

The petition was moved by former prime minister Imran Khan before the SC on Thursday on the grounds that the apex court’s April 7 short order was replete with errors.

In his interaction with media, Asad Qaiser, who was present at the SC, said he also had moved a similar petition before the top court and expressed the hope that it would play its legal role for the realisation of early general elections in the country, a demand the PTI has been emphasising in its countrywide public meetings.

All eyes are on the Supreme Court, Asad Qaiser said, and expressed the confidence that the SC would soon constitute a judicial commission to conduct an inquiry into the ‘international conspiracy’ for regime change in Pakistan, also known as Lettergate.

The demand for the commission came in the backdrop of a letter written by President Dr Arif Alvi to Chief Justice of Pakistan Umar Ata Bandial requesting him to form the judicial commission to conduct open hearings and probe the allegations of a conspiracy to engineer regime change.

In his letter the president had stated that a serious political crisis was looming in the country and major polarisation was taking place in politics, in the wake of recent events, as well as among the people of Pakistan.

Therefore there was a need for all institutions to make utmost efforts to avert further deterioration.

Mr Qaiser claimed that he himself had seen the diplomatic cable or cipher, which came from the US for the change of government in Pakistan and explained that after reading the cable, he came to the conclusion that it was sheer interference in the internal affairs of Pakistan.

That was the reason he had resigned from the speaker’s office in view of the alleged conspiracy and said everything will become crystal clear if the judicial commission conducts a probe into the ‘international conspiracy’.

The former speaker had resigned from office on April 9 after nominating former speaker Ayaz Sadiq to oversee the proceedings of the National Assembly and conduct the no-trust motion moved by the then joint opposition which eventually led to the fall of Imran Khan’s government.

Mr Qaiser said the PTI did not have any ill will or enmity with any foreign government but believed that the relationship between two states should strictly rest on a bilateral basis in accordance with international principles and decency in which no diplomat or ambassador should have the right to use insulting or derogatory remarks against any state.

In its petition, the PTI had pleaded that through the April 7 short order the Supreme Court did not appreciate the mandate of the Constitution which ensures that parliament as well as the president and prime minister were not answerable in exercise of their functions in the discharge of their constitutional obligations.

Thus the entire jurisdiction exercised by the apex court on April 7 is in violation of Article 175 of the Constitu­tion, the petition emphasised.