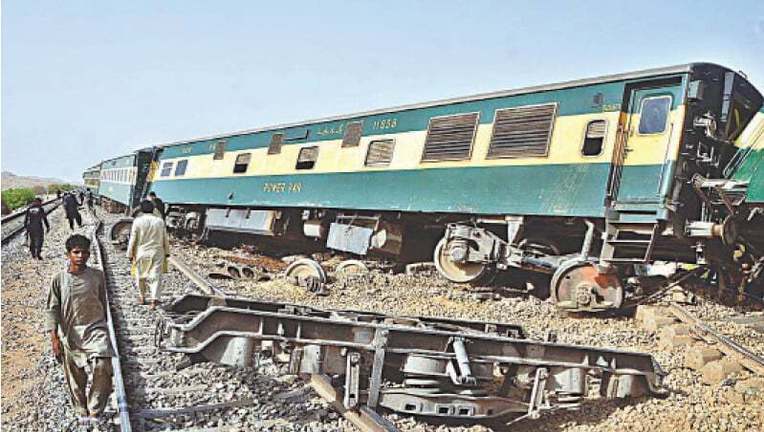 THATTA/LAHORE: Ten passengers suffered minor injuries as the Karachi-bound Rehman Baba Express derailed at Meting Railway Station on Friday evening. The locomotive and four bogies of the Rehman Baba Express, which was en route to Karachi from Peshawar, derailed and caused extensive damage to about 200 feet of the track.

Minister for Railways, Khawaja Saad Rafique, constituted a three-member committee to probe into the incident and submit its initial report within a day.

Initial assessment suggests improper setting of the railway track under the route relay interlocking system and speeding to be the major reasons behind the derailment.

The track on which the Rehman Baba Express derailed was still dysfunctional till midnight. Several Punjab-bound trains were halted at Dhabeji, Quaidabad and Kotri railway stations. Local Railways staff started rehabilitation work on the track, but no heavy machinery has been brought to the site to expedite work till the filing of the report. The second parallel track from Karachi to Punjab has been rehabilitated and restored by the railway authorities, and traffic has resumed.

Talking to Dawn, Railways authorities said traffic on this track will take an additional 12 hours to operate.

Following the accident, the injured were rushed to a nearby hospital where they were provided with first aid and allowed to leave. The passengers were provided relief goods and sent to their respective destinations by the Thatta district administration in coordination with the railway authorities and the Provincial Disaster Management Authority. Thatta Deputy Commissioner Ghazanfar Ali Qadri, along with some senior district officials, visited the site to supervise relief, rescue and rehabilitation work undertaken by Pakistan Railways staff and labourers soon after the accident.

Meanwhile, PR Chairman Zafar Zaman Ranjha has directed the officials concerned to submit a detailed report to him within the next 24 hours.

“Though a preliminary or detailed inquiry is yet to be conducted, the very initial on-site assessment reveals that the signals were down at the outer signal of the Meting Station — very next to Bholari station (Thatta district, Sindh), allowing the train to pass the station. However, no proper arrangement of rail track was ensured under the route relay interlocking system that created a gap between the rail, making it two-road/way and eventually causing the horrible derailment of the locomotive (8323) and some passenger coaches,” an official source privy to the development explained to Dawn.

It may be mentioned that the interlocking/signalling system arranges and assigns tracks for passenger and goods trains to pass with an indication of green light with the downing of iron peace at outer signals of railway stations.

With operation of the system automatically, the railway officials concerned — points men — also ensure the setting or arrangement of the track manually, side by side, in a bid to avert any untoward situation. The second reason, which, according to the source, has been reportedly discussed among the official circles concerned, is that the signals were not down, probably due to a fault, at the time of the arrival of the train.

The Meting Railway Station staff made a telephone call to the driver to enter the yard area and pass the station. It shows that the officials used the interlocking system to assign track to the train to pass but didn’t check whether or not the tracks were arranged properly. “The driver, who was already running the train at high speed, entered the yard area but when it reached the troubled point, the train derailed. The speeding factor can be assessed well with the engine stuck in the sand-dune at a loop line,” the official requesting anonymity said. 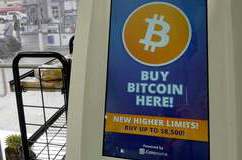