KOHAT: The land dispute between Sheikhan tribe of Kohat and Sheraki tribe of Darra Adamkhel has taken a new turn as the former announced boycott of polio vaccination against the alleged attack and kidnapping of their people by the latter on Tuesday night.

They said that refusal of vaccination would continue until arrest of the attackers, release of the abducted persons, payment of compensation and demarcation of the land.

Addressing a press conference here on Wednesday, the elders of Sheikhan tribe claimed that around 10.30pm last night when they were working in their fields about 60 to 70 armed tribesmen of Sheraki tribe attacked them through the Kohat tunnel.

They added that the armed tribesmen started firing and kidnapped 11 people and took away two motorcycles, tractors, a solar system and four motorcycles. The elders said the attackers escaped easily by crossing the police checkposts.

They said that at 3am the district police officer and assistant commissioner got their seven men released, but four were still in their custody. They said the administration did not arrest any of the attackers though they had registered the FIR.

The land dispute had become a serious issue during the last two years as according to Sheikhan elders the tribesmen of Darra Adamkhel had laid illegal claims over the settled area of Kohat and constantly used force to occupy a mountain.

The Sheikhan elders clarified that they owned the land according to the revenue record of 1901.They appealed to the chief minister, Peshawar corps commander and Supreme Court chief justice to provide them security and help resolve their land issue.

PROJECTS REVIEWED: During a visit to review development projects in lower Orakzai, deputy commissioner Mohammad Asif Raheem ordered demolition of the substandard work done on Tarangi government middle school project and asked the contractor to rebuild the school according to the specifications.

Astatement issued here the other day said that the Orakzai DC also expressed anger over delay in starting work on other projects. 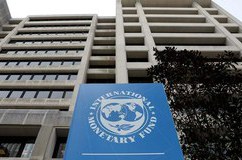