MANSEHRA: The Kaghan Development Authority has banned people from taking selfies along the Kunhar River here and tasked the Community River Rangers with enforcing the ban.

“Tourists throng Kaghan valley but most of them don’t know how dangerous the Kunhar River is, so they take selfies on the riverside to risk their lives. Many selfie-takers are killed this way here every season,” KDA assistant director Asad Shehzad Khan told reporters in Naran area on Thursday.

He said the Community River Rangers, which were working for the protection of endangered trout, had been given the additional task of creating awareness of the dangers posed by the Kunhar River to tourists and ensuring the selfie ban.

“Initially, we posted CRRs to five places, where people show up in large numbers, not only to keep tourists from the river but also to create awareness among them of dangers to their life by megaphone,” he said.

Mr Asad said the Kunhar River originated from the nearby mountains and Saiful Muluk Lake and those attempting to swim in it became immovable due to extremely cold water.

He said the KDA’s Emergency Response Unit, which had ambulances, fire tenders and firefighters, also worked for the safety of tourists in Kaghan valley.

The official said not only had the KDA’s ERU been placed on high alert but the KDA was also in contact with Rescue 1122 for the quick response to drowning incidents.

He told the inaugural ceremony that the people of Shinkiari and adjoining areas had long been demanding the opening of the Nadra office in the region for many years and the PML-N-led federal government met it soon after formation. 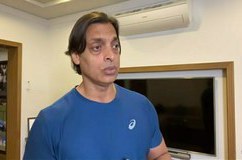