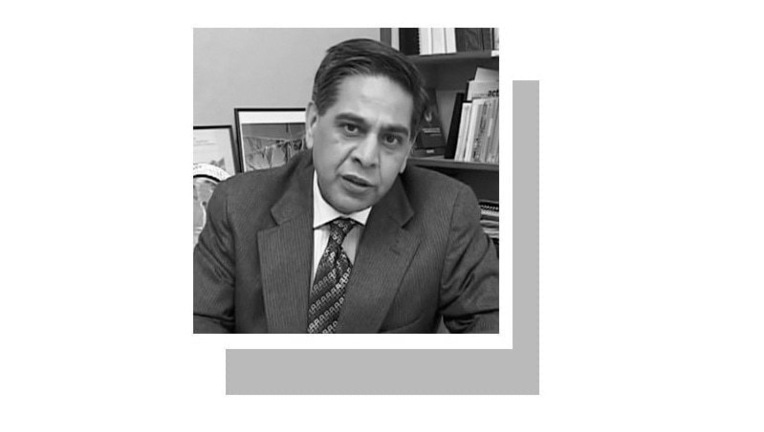 THE scorching temperatures and prolonged heatwave in several parts of Pakistan are a reminder of what lies ahead for the country. Jacobabad, Nawabshah and Sibi have emerged amongst the top hottest places in the world with average temperatures recording five degrees Celsius higher than normal.

The illustrative value of these three districts is important for drawing Pakistan’s heat map, which is necessary to determine the trends in crops, yields, local trade, jobs, health, migration, construction designs, school enrolments and drop-outs, and changing electricity demand. The increasing temperatures are irreversible. Many areas of Pakistan are at serious risk unless a series of interventions are strategised and systematic investments in local resilience are made.

One simple way to understand the phenomenon is to compare the temperatures of four cities of Punjab — Rawalpindi, Lahore, Faisalabad and Multan. Each city is about a degree higher than the other, with an overall average temperature difference of about 5°C between Rawalpindi and Multan, within the margin of the projected temperatures in global climate models. How disruptive would the changes be on the standard of living index for residents of Rawalpindi if the latter were to become hotter like Multan within a few decades? Prolonged high temperatures are like living permanently in a warmer region, instead of just experiencing the occasional peaks during summer.

While March 2022 was the hottest month in over a century of written records, prolonged high temperatures since March have led to several new local-level weather records. The temperatures in many areas were 10°C, or more, above normal, with 62 per cent less rainfall.

This year’s dry heat was bad for crops but, mercifully, less lethal for people in the densely populated agricultural regions of Sindh. Trends show that the labour force from Jacobabad, Nawabshah, Sibi and other districts is moving towards Quetta to survive — although livelihood options and economic opportunities in Balochistan are limited. Increasing temperatures cause high evaporation and land degradation, reducing soil moisture and agricultural productivity, as witnessed in the case of Pakistan’s favourite mango crop this year.

Increased heat coupled with decreased moisture is said to have reduced mango production and exports. The extent and duration of high temperatures in the plains of Punjab and Sindh have stunted the wheat crop, increased demand for imports, and added to the already growing food insecurity in the midst of soaring commodity prices resulting from the Russia-Ukraine conflict.

The increased frequency, intensity and duration of heatwaves are clearly attributed to climate change.

This is not to imply that the high-altitude mountains and glacial areas are not prone to heatwaves. Heatwaves in the upper reaches of the Kabul river basin that release early water enables the watering of early varieties of rice cultivation in the upper Sindh districts of Larkana, Dadu, Shikarpur, Qambar-Shahdadkot, Jacobabad and Kashmore. Because of these heatwaves, Sindh has become a rare example in the world where rice is grown in the desert.

After extensive research, the World Meteorological Organisation announced earlier this year that Turbat, almost 1,000 kilometres away from Jacobabad, recorded a temperature of 53.7°C in May 2017. Heatwaves in the upper Indus basin areas in Khyber Pakhtunkhwa and Gilgit-Baltistan are accelerating glacial melt, emptying Pakistan’s water tank and causing downstream flooding and loss to infrastructure, as was recently witnessed at Hasanabad.

While weather forecasts, advisories and warnings by the Pakistan Meteorological Department (PMD) since the 2015 Karachi heatwave have improved, their warnings are still not colour-coded, nor have they become more scientific or practically useful.

For example, they still release only the temperature data, and not the ‘heat index’ that is a measure of how hot it actually feels outdoors when humidity and other factors are taken into account along with the temperature. The heat index that combines temperature and humidity is considered a better indicator of heat intensity and the hazards this poses to people, livestock and crops.

Another index called the ‘wet bulb’ lets people know how much heat the human body can handle before it becomes dangerous. Overheating can become dangerous at much lower wet-bulb temperatures. It is described as “a measure of heat stress under direct sunlight that factors in temperature, humidity, wind speed, cloud coverage and the angle of the sun”. The inability to efficiently cool off increases a person’s heat stress. When humidity is high, sweat evaporates slowly. The body’s core temperature increases, triggering a series of emergency responses to protect vital functions.

The PMD has the technical capacity to release advisories for people to avoid being outside during the hottest parts of the day; this is particularly important for schools, farmers and others working outdoors to avoid the threat of sunstroke, muscle cramps and heat exhaustion, and to prevent possible deaths. It is time for the PMD to augment its climate information services for improved decision-making by individuals and institutions.

Heatwaves have always been prevalent in South Asia. But their increased frequency, intensity and duration are now clearly attributed to climate change rather than only to historical trends. The present wave is, however, indicative of the direction of the ‘new normal’ that the future holds for us.

An influential report, released last month by an international team of scientists from the World Weather Attribution initiative and Oxford University, and that uses a peer-reviewed method, has created global shockwaves by claiming that heatwaves have now become 30 times more likely. This wave of intense heat underlines the growing risks that will confront us in the decades to come.

It cannot predict the level or intensity of future heatwaves. The projections indicate that the hottest heatwave experienced thus far will simply become the new summertime normal. Even if carbon emissions were to be reduced to stabilise global warming at 1.5°C or 2°C, carbon stocks in the global system will continue to disrupt weather patterns and cause heatwaves and the challenges associated with it, particularly floods and droughts. If there is no escape from heatwaves, how can we continue to ignore planning our responses to them?

The writer is an expert on climate change and development. 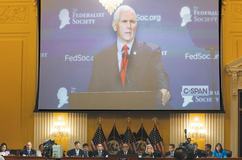