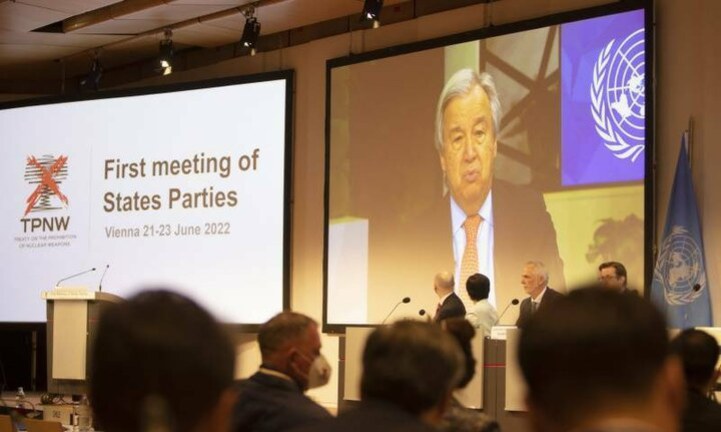 VIENNA: Suechi Kido was five years old when he lived through the bombing of Nagasaki. This week he has been in Vienna to meet the architects of a new treaty that seeks to abolish nuclear weapons.

For the first time since the UN Treaty on the Prohibition of Nuclear Weapons (TPNW) came into effect in early 2021, diplomats, activists and experts are meeting this week to discuss how the agreement will work in practice — and how more countries can be persuaded to join.

In a press conference opening the meeting on Tuesday, Austrian Foreign Minister Alexander Schallenberg alluded to the ways Russia’s invasion of Ukraine had raised the spectre of nuclear conflict. “The nuclear sword of Damocles is more present and hanging lower over our heads than ever before,” he said, adding that “so many red lines have been crossed” in recent weeks. “We cannot allow nuclear destruction to be one of them,” he said.

On the night before the opening of the meeting, Grenada, Cape Verde and East Timor ratified the treaty, bringing the number of countries to have done so to 65, and dozens more have signed it. The treaty seeks the total and verifiable elimination of nuclear weapons.

Jean-Marie Collin, French spokesman for the International Campaign to Abolish Nuclear Weapons (ICAN), said it takes into account “the impact on victims, including those affected by nuclear tests”. Collin said the volatile conflict in Ukraine shows “we can’t simply rely on the belief that (nuclear escalation) will never happen”.