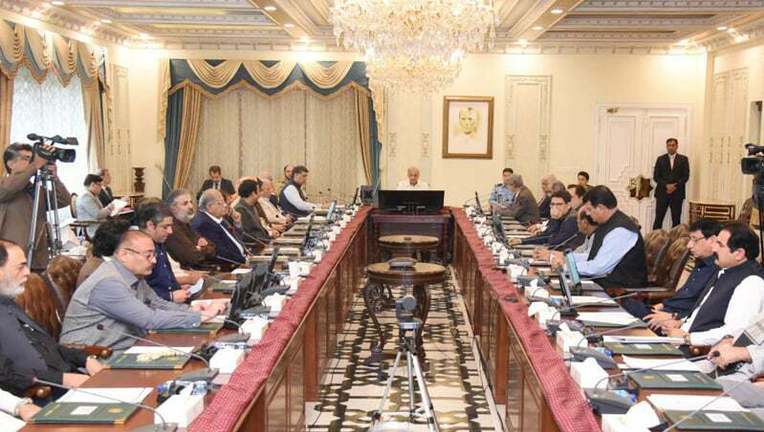 ISLAMABAD: The federal cabinet on Tuesday decided to issue Sukuk bonds and impose more tax on wealthy people to provide relief to the poor who were burdened by unprecedented inflation.

Presided over by Prime Minister Shehbaz Sharif, the meeting decided to issue Sukuk bonds in both local and international markets on 40 assets including highways, lands and hotels of the defunct Pakistan Tourism Development Corporation (PTDC).

Talking to media after the meeting, the prime minister said: “We will not hesitate to take any step that helps strengthen the economy.” He said in the budget 2022-23, the coalition government had decided to redistribute the economic burden on the poor by taxing the rich.

“The privileged class should lend their support to the country at this critical juncture and demonstrate a spirit of sacrifice,” Mr Sharif said, adding that the government would collect hundreds of billions of rupees from the privileged segment of the society through taxes. He lashed out at the previous PTI government for violating the agreement it had signed with the IMF. Now the burden had fallen on the present government, Mr Sharif said.

He said the supply chain of commodities such as wheat, coal and oil had been disrupted throughout the world as a result of the Ukraine-Russia war. However, he expressed the resolve to take timely action to avoid any disruption in the supply chain in Pakistan.

The federal cabinet approved issuance of Ijara Sukuk bonds in the domestic and international markets to support the government’s budgetary position and promote Islamic banking in the country. The cabinet directed the State Bank of Pakistan to issue Rs75 note to commemorate the 75th Independence Day.

At a post-cabinet meeting press conference, Minister for Planning and Development Ahsan Iqbal said the cabinet took up the issue of edible oil shortage in the country. Acknowledging the efforts of the industries minister and his team, Mr Iqbal said due to their efforts a ship carrying edible oil had set sail from Indonesia for Pakistan.

The minister said PM Sharif had directed that supply of urea fertiliser to farmers be ensured. Mr Iqbal said the cabinet had formed a committee to review the Trade Organisation Act, 2013, on the recommendation of the commerce ministry.

The cabinet reviewed the GSP Plus agreement that was signed in 2013, under which Pakistan got a 10-year facility in exports to European Union countries.

The meeting was briefed on key elements of the proposed new EU GSP (2024-34) and was informed that all ministers concerned were in contact with the EU authorities. The prime minister directed the ministries to ensure timely inking of the agreement for EU GSP (2024-34).

Foreign Minister Bilawal Bhutto-Zardari and Minister of State for Foreign Affairs Hina Rabbani Khar informed the cabinet about the developments regarding Financial Action Task Force (FATF), saying that Islamabad had met all the requirements and hoped that soon after the visit of the FATF team, the country would be removed from the grey list.

The meeting was informed that in 2019, Army Chief Gen Qamar Javed Bajwa had formed a core cell, which had pla­yed a vital role in coordinating between institutional and ministerial efforts to complete the FATF’s action plans.