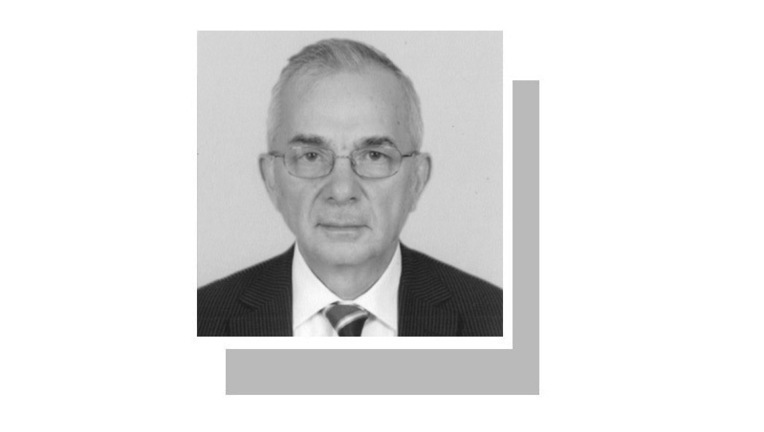 ON June 17, 2022, Foreign Minister Bilawal Bhutto-Zardari addressed the Institute of Strategic Studies Islamabad. As foreign minister, leader of one of the three major national parties, and scion of arguably the most distinguished political family of the country, this was an opportunity for him to make a definitive statement on foreign policy. The following is a comment on his talk.

‘Promise’ is both an undertaking to do something and an indication of a capacity to do it. In an articulate, cultured, polite and affable manner, the foreign minister came across as a well-informed, intelligent and determined young leader. He navigated the shoals of party politics and avoided the red flags of the security establishment with skill. Nevertheless, he made clear Pakistan’s foreign policy would need to address the imperatives and priorities of the 21st century.

Pakistan had to ‘engage’ with all the big powers, regional countries and neighbours, including India, with which it currently had no active engagement. The US would always be important. But it would relentlessly press Pakistan to strategically distance itself from China. Otherwise, the US would impose costs on it if, as the foreign minister reiterated, China and CPEC remained the keystone of its strategic policy.

He condemned India’s actions and policies towards Pakistan, India-occupied Kashmir, and its own Mus­lim minority. Many sensible Indians were unhappy with this state of affairs. But other than the Modi and Hindutva narratives on Pakistan and Kashmir, they had little access to alternative narratives.

Bilawal will have to radically reform his party if he is to realise the potential he displays.

As foreign minister, he was reduced to communicating with India through public statements and interviews, which he said were of limited effect. Successful diplomacy required personal engagement to ensure Indian opinion had access to a range of Pakistani opinion on the possibility of improved relations. This could dispose India to respond more positively to Pakistani initiatives. However, ‘hyper nationalism’ in both countries obstructed this from happening.

Accordingly, opportunities for comprehensive, structured and productive dialogue covering outstanding bilateral issues, especially Kashmir, regional developments, trade and investment, nuclear dialogue, water issues, travel and tourism, and the way forward were foregone. Should India refuse to respond positively to initiatives for dialogue, compromise and peace — as is always the greater likelihood — Pakistan would lose none of its Kashmir and defence options.

During the past year, I have been unable to keep up with developments. I now see how many first-rate articles have been published in Dawn’s columns enabling me to be ‘au courant’ with developments. The writers, by and large, are not pessimists. Indeed, many look for and discern grounds for tentative and conditional optimism in the small. But the larger and longer-term picture remains very dark.

There is also a shared assumption that the situation will only get worse within the prevailing power, political, economic and social dispensation. There is a similar assumption that the time available to turn things around is fast running out, or has indeed run out. Global, regional and domestic developments represent accumulating challenges which will soon be beyond our governance capacities to cope with.

Technocratic tinkering is all that is considered possible. This may delay, but cannot avert an inevitable reckoning with climate change, population growth, policy incoherence, loss of economic sovereignty, education and human rights deficits, pandemics, conflict and war. The guardians of the power structure know good governance and radical structural reform are essential for national survival. But they also threaten their unconstitutional political dominance. Accordingly, they will have none of it.

Within this bleak picture there are the usual ‘winners’, who govern or misgovern in the name of the losers, but in the interests of themselves. The losers are coerced and encouraged to believe this is their lot and a better world beckons, if not here then surely in the hereafter.

‘Charismatic’ and populist leaders participate in and facilitate this fraud upon the people. They prepare escape routes and transfer their stolen assets abroad for when the ‘chickens come home to roost’. They are unmasked each budgetary session. Those few leaders — national, regional and local — who refuse to join this conspiracy and do not keep silent are condemned and dealt with as troublemakers, even enemies of the country.

Among major party leaders, the foreign minister is the only one young enough to be relevant to the future of Pakistan. The rest are by and large men of yesteryear. Their only relevance to the future of the country today is in being a blight upon it. Is Imran Khan still the exception? Are FATF relief and IMF loans diplomatic victories or a surrender of sovereignty?

This is not to suggest the foreign minister’s party, the PPP, is any better than the other parties. Some smaller parties are decidedly more progressive and clean. Accordingly, he will have to radically reform his party if he is to realise the potential he displays. Otherwise, it will be an albatross around his neck.

There are many others among our educated and committed youth who have the potential to be progressive national leaders. Among them are some very brave, bright and dedicated young women. The establishment will try to co-opt, sideline or destroy them. They may have different views regarding what is to be done. But what needs to unite them is the knowledge that the current ‘movers and shakers’ have again brought the country to the very brink of state failure.

Pakistan is not a failing state. Tragically, it is a failed state. Indeed, it is a twice failed state. The first state failure was when the Quaid’s Pakistan was unceremoniously buried in 1970. The second has been the ‘penchant’ of the security establishment for toppling democratically elected governments in defiance of the Constitution and decisions of the Supreme Court.

However, Pakistan is not a failed idea. It is rooted in the Muslim experience in India, especially after the British ended Muslim rule. The foreign minister as a likely future prime minister, accordingly, must remain true to the promise he has eloquently displayed.