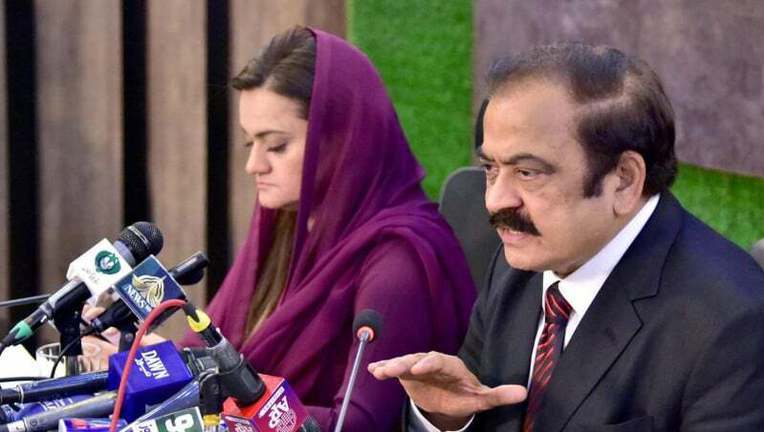 ISLAMABAD: The military has reassured the political leadership that no extra-constitutional concessions would be given to the banned Tehreek-i-Taliban Pakistan (TTP) in the ongoing dialogue and any deal made with the terrorist group would be subject to parliamentary approval.

The assurance was given by the military leadership at a meeting with the political leaders at Prime Minister’s House on Wednesday.

The PM Office, in a statement issued after the meeting, stated: “The decision will be made in the light of the Constitution of Pakistan with the approval of the parliament, the guidance provided for the future and the resulting consensus.”

This was the first meeting between the national political leadership and the military, which has been negotiating with the outlawed TTP in Afghanistan with the help of Afghan Taliban, on this issue. It was arranged after protests by Pakistan Peoples Party, a major partner in the ruling coalition, for not being taken onboard about the talks.

Read more: On again, off again: A timeline of govt-TTP talks

From the setting of the meeting that was presided by Prime Minister Shehbaz Sharif and the military leadership seated on one side and government ministers on the other, it looked like a National Security Committee (NSC) meeting, but it was a ‘bigger session’ with the political leadership.

Among the political leaders who attended the meeting were PPP leader and former president Asif Ali Zardari, ANP’s Ameer Haider Hoti, PTM’s Mohsin Dawar, BAP’s Khalid Magsi, independent MNA from Balochistan Aslam Bhootani, National Assembly Speaker Raja Pervaiz Ashraf and Sindh Chief Minister Murad Ali Shah. Pakistan Tehreek-i-Insaf, which had resigned from the National Assembly but has representation in the Senate, was not invited to the meeting. Khyber Pakhtunkhwa Chief Minister Mahmood Khan, too, who belongs to the PTI, was not invited.

Chairman of the Joint Chiefs of Staff Committee Gen Nadeem Raza and the services chiefs were also present on the occasion.

Initially, there were reports that the briefing on the TTP talks would be given at a meeting of the Parliamentary Committee on National Security. The PMO statement kept the nature of meeting ambiguous, calling it a “national security meeting”.

Negotiations with the TTP began in October 2021 on the demand of Afghan Taliban and initially one-month ceasefire was agreed, but the process broke down in December after the terrorist group pulled out of the talks and refused to extend the ceasefire on the pretext that the Pakistani authorities were not fulfilling their commitments.

Emboldened by the Taliban support and patronage, TTP launched a series of attacks to pressure Pakistani armed forces. According to Pakistan Institute of Peace Studies database, TTP this year carried out nearly 46 attacks, mostly against security forces, in which 79 people were martyred.

The negotiations process was secretly revived in April that led to the TTP announcing a ceasefire on the occasion of Eidul Fitr. As matters progressed, the ceasefire kept being extended and currently a three-month cessation of hostilities is being observed. Talks, meanwhile, continued, assuming a more public profile with the participation of tribal elders, some Pashtun politicians, and clerics.

During the talks, Pakistani authorities are asking for dissolution of the terrorist organisation, laying of arms, and respect for the Constitution, whereas the TTP is seeking withdrawal of security forces from the erstwhile tribal areas, annulment of the 2018 merger of tribal agencies with Khyber Pakhtunkhwa, release of its fighters, and compensation for the damages it suffered. The group has, however, softened its demand for imposition of Shariah to some extent.

The military officers, in their briefing for the political leadership, underscored that negotiations were being held within the framework of the Pakistan’s Constitution. They said the TTP had been told that reversal of tribal areas merger with Khyber Pakhtunkhwa was non-negotiable though they indicated that other demands were under discussion.

They resolved to successfully concluding their negotiations with TTP at the earliest.

“The political leadership expressed satisfaction over the strategy and progress made in dealing with the issue,” PMO said.

Flanked by Minister for Information Marriyum Aurangzeb, Interior Minister Rana Sanaullah after attending the meeting told a press conference that the parliamentary committee and political leadership were comprehensively briefed on the situation related to the TTP and Afghanistan border during the meeting, which was chaired by the PM.

“It has been decided that an in-camera parliament session will be summoned and leader of the house, the prime minister, will take the house on board. The members will be apprised about the briefing. Under the guidance and ownership of the parliament, the ongoing talks will be taken forward,” the minister said.

Talking about the corruption scandals of PTI chairman Imran Khan, the minister said Mr Khan and his front persons were being investigated by the relevant law enforcement agencies (LEAs) and soon action would be launched in accordance with the law, adds APP.

The National Accountability Bureau, Federal Investigation Agency and other relevant institutions were investigating their corruption, he said. Everything would be brought on record once the investigations were completed, the minister told the presser.

He said the coalition government did not believe in political witch-hunting, but there were many corruption scandals in which Imran Khan and his front persons were directly involved.