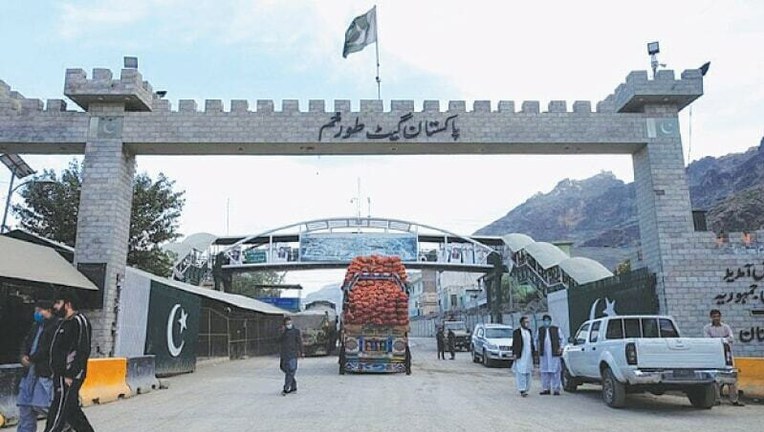 KHYBER: The issue surrounding the import of sacrificial animals from Afghanistan seems to be far from being resolved as veterinary workers have refused to examine around 5,000 sheep, which a group of tribal elders claimed to have brought along here on return from Kabul with the permission of Afghan authorities.

The elders reached the Afghan capital on Saturday and returned on Monday evening after holding a round of talks with the Afghan foreign affairs officials about the ‘unimpeded’ import of sacrificial animals by them, especially ahead of the imminent Eidul Azha.

Visitor Malik Masal Khan told Dawn that the delegation had sought Afghanistan’s permission for the import of 20,000 sheep but the local officials allowed the transportation of 5,000 sheep citing the prolonged dry spell-induced livestock shortage in the country as the reason.

He said the delegates reached Torkham along with imported livestock but learned that the veterinary doctor, who was to check medical fitness of sheep, had ‘gone back’, so the herd got stranded on the Afghan side.

Vets refuse to check animals insisting they don’t have ‘permission’

Mr Malik Masal said the importers had already acquired a quarantine certificate from Afghan authorities for their sheep to skip the seven days mandatory isolation period ahead of Eidul Azha, which was just five days away.

Another member of the delegation, Kalimullah Shinwari, said members of the relevant veterinary staff at Torkham even claimed that they had yet to get official permission from their high-ups in Islamabad for the sheep’s examination.

He said the authorities were informed the sheep’s import in advance to ensure their speedy clearance at Torkham border, but to no avail.

“We repeatedly requested vets in Landi Kotal to examine the sheep but all our requests fell on deaf ears,” he said.

Mr Kalimullah blamed the importers’ misery on the ‘irresponsible’ attitude’ of the local officials.

Meanwhile, livestock dealers told Dawn here that a large number of sheep had already reached the local market from different parts of Afghanistan through unfrequented routes.

Requesting anonymity, they said it wasn’t economically feasible to import sacrificial animals as the customs department had fixed a duty of Rs110 per kg for every sheep coming in from Afghanistan via Torkham.

The dealers said they were also required to bear high transportation charges and pay bribes to officials of other government departments.

They denied the shortage of sacrificial animals and insisted that the local market had abundance of cattle though at inflated rates.

Meanwhile, over 15,000 Afghan nationals without valid travel documents have returned home via Torkham border by Tuesday (July 5)availing themselves of Pakistan’s temporary permission to go back on the production of their tazkira (Afghan national identity card).

The Federal Investigation Authority’s officials posted to Torkham told Dawn that the permission was granted on humanitarian grounds as majority of Afghans living in Pakistan didn’t have Afghan passports but wanted to celebrate Eid in own country.

They, however, insisted that the concession was valid until July 9, so those going to Afghanistan with tazkira won’t be allowed to return without valid visa on their passports.

In Feb this year, Pakistan had devised the Individual Voluntary Arrangement System, a new identification system for the Afghans without valid travel documents.

The FIA officials declared tazkira the‘mother of all ills’ at Torkham and said the new system was implemented to discourage the use of tazkira by Afghans as thousands of such fake documents were in circulation posing a ‘serious security and immigration threat’ to Pakistan.