Can talk to TTP or separatists, not ‘thieves’, says Imran 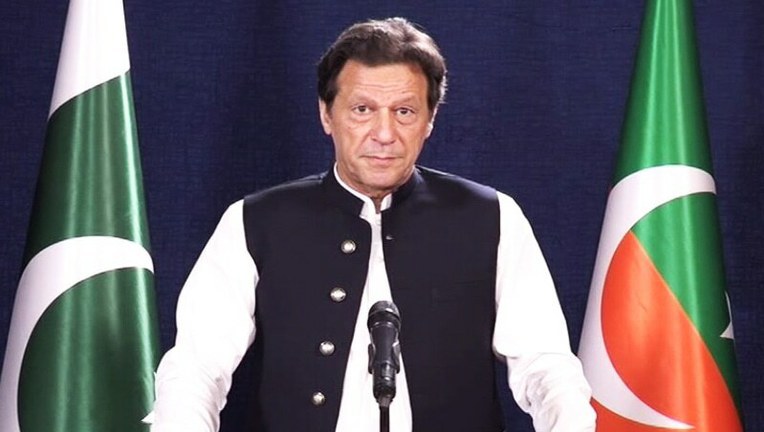 ISLAMABAD/LAHORE: Expressing his gratitude to the nation for what he called “foiling an international conspiracy” by supporting his candidate, Parvez Elahi, in the recent Punjab chief minister’s election, Pakistan Tehreek-i-Insaf (PTI) Chair­man Imran Khan on Wedne­sday ruled out any possibility of sitting down for talks with the ruling coalition.

“I can talk to the [Tehreek-i-Taliban Pakistan], the separatists of Balochistan and Sindh, but not with thieves. Will you speak to someone who robs your home?” he said in his address on Wednesday night, which was being celebrated as a ‘thanksgiving day’ on the call of his party.

“Throughout my life, I have witnessed such enthusiasm only once before, and that was during the 1965 war; at that time, everybody thought that the nation was fighting. And now, I saw the same enthusiasm among the masses during the by-polls in the 20 constituencies of Punjab,” he said.

Insisting that he wanted good relations, even with US — which he accuses of trying to engineer his ouster from power through a conspiracy — but urged the nation to prefer “death to slavery”.

“I do not want bad relations with the US, where we export more than any other country and where a large number of the Pakistani community resides. But death is better than slavery and we have to live with self-respect,” he added.

Saying that general elections were the sole solution to the prevailing crises facing the country, brought on by the ineptitude of the government that was imposed on the nation through foreign conspiracy, Mr Khan vowed that once he comes into power again, he would put the country on its own feet and would only ask overseas Pakistanis and not the International Monetary Fund (IMF) for financial assistance.

In his remarks, which sounded like an early election speech, Mr Khan once again expressed a complete lack of trust in the incumbent Election Commission of Pakistan (ECP) and Chief Election Commissioner (CEC) Sikandar Sultan Raja. He continued to allege that Mr Raja was involved in rigging in the recent by-elections for 20 seats of the provincial assembly, where his party won the bulk of seats.

During his speech, he also vowed to resume the Sehat Card and Ehsas Ration—two flagship schemes launched by his previous regime in the province, upon his return to power.

The PTI chairman’s pledge to resume two major schemes in Punjab seemed to negate the impression that he may seek to dissolve the assemblies of Punjab and Khyber Pakhtunkhwa, where the party is currently ruling, to pressurise the federal government to step down and announce general elections.

The former prime minister, while commenting on recent decision of the Supreme Court that made Pervez Elahi chief minister Punjab and nullified the victory of Hamza Sharif in the recent election for the slot, said it was clear in the Constitution that the parliamentary leader, not the party head, could decide which side the party will vote for in the polls.

“But leaders of the ruling coalition bashed institutions and the judiciary when the decision came against them,” he said.

In a major move against the ruling coalition in the centre, the PTI has filed a petition in the Lahore High Court seeking the disqualification of Prime Minister Shehbaz Sharif, Foreign Minister Bilawal Bhutto-Zardari and Interior Minister Rana Sanaullah Khan.

The petitioners further stated that the prime minister took his cabinet members to London to meet former prime minister Nawaz Sharif and former finance minister Ishaq Dar, both proclaimed offenders before the courts of the country.

They asked the court to disqualify the respondents and also direct the police to initiate criminal proceedings against the PM and his cabinet members.