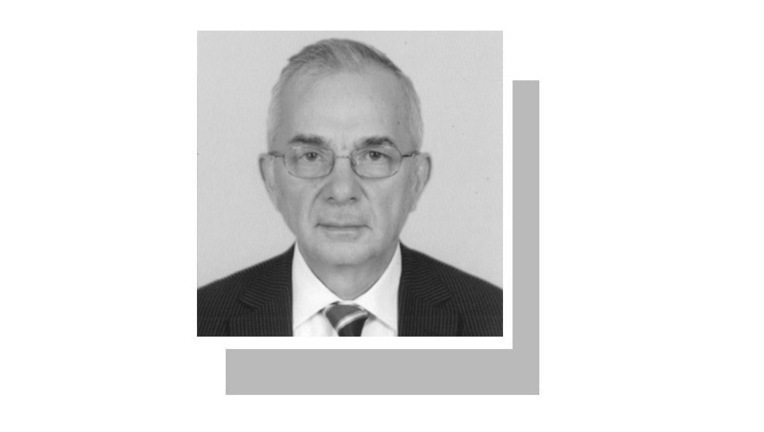 WHAT is happening to Pakistan? Anyone interested in the question knows the answer. Who is to blame? Opinions differ.

However, there is broad agreement on the cast of culprits: political leaders; political parties; political institutions; non-political institutions; the security and intelligence establishment and its institutions; the civil services; comprehensive corruption; the dysfunctional state of the economy caught in a permanent debt trap and outrageous inequality; complete external dependency and a consequent lack of policy independence; a general lack of education and a scientific outlook; the media contributing to an uninformed, partially informed and misinformed public opinion; the deliberate misuse of religious fervour to obscure the true teachings of our faith; an obsolete social structure preserved by a voracious and unaccountable power structure; a judiciary that demands but does not command universal respect; uncontrollable population growth; irreversible climate change; a forever threat of nuclear annihilation, a security environment that challenges rational resource allocations; palliatives presented as solutions, etc.

We are taught that one should neither hate nor act in anger. This is true as far as persons are concerned. But actions that deliberately undermine the welfare of a whole people can and must be hated. When they threaten the survival of a nation and render its dreams and aspirations impossible they must be confronted by the elemental force of rejection.

If, instead, political observers and commentators couch their opinions in euphemistic and safely coded language they become complicit in the perpetration of a national crime. They convey a pathetic message of resignation, surrender and betrayal. There comes a time when Faiz Ahmad Faiz has to give way to Habib Jalib. Either Quaid-i-Azam was much mistaken or we are all complicit in insulting his memory and murdering his legacy. We prefer, however, to slander the father of our country instead of becoming the citizens it required.

We are today, accordingly, reduced to being spectators of a daily goon or puppet show in the guise of a morality play — without any wit, humour or goodwill. There are no good guys in the unfolding drama of our national tragedy.

The Baloch are killed. Their killers are martyred. When one political character attributes unspeakable and unforgiveable crimes and misdemeanors to his rival we know he speaks the truth. When his rival returns the charges redoubled we know he too speaks the truth. They are of course transparent partners in a single, massive and lethal crime against the people and the country.

Another wasted year of political posturing by rupee multibillionaires representing their victims beckons. While the US contemplates a climate emergency, Pakistan is beset by an existential emergency that commands no contemplation. All the challenges confronting Pakistan will be ignored. Technocratic servants of the elite will continue to spin fairy tales about stabilisation and progress invisible to the eye of the uninitiated. They will be well compensated for dressing their employers in the finery of their analyses and assessments. Other servants or experts will do much the same in their own spheres. The people must learn to eliminate the word ‘sarkar’ from their political dictionary if they are to stand any chance against the forces arrayed against them.

We are today reduced to being spectators of a daily puppet show in the guise of a morality play.

When a country’s ‘leadership’ fails to address fundamental existential issues at home it can have no external policy to speak of. The rest of the world sees this and refuses to take its foreign policy seriously, however well articulated and reasoned it may be. Pakistan has itself become a major stumbling block to the success of its principal foreign policy issue: a principled, peaceful and lasting settlement of the Kashmir dispute with India that is primarily and ascertainably acceptable to the Kashmiri people.

The Kashmiri people cannot defeat India although they have so far heroically denied it the victory it strives for. Pakistan cannot defeat India although its nuclear deterrence capability limits India’s military options. A diplomatic stalemate maximises the suffering of the Kashmiri people. The world is aware of India’s perfidy in Kashmir but is simply not inclined to back a failed or failing Pakistan against the gigantic market and strategic value of what will soon be the world’s most populous country. China, for obvious reasons will continue to back Pakistan against India, while increasingly worried about Pakistan’s inability to learn anything from the amazing experience of its most reliable friend.

The US sees Pakistan as a resentful puppet ruled by dependent elites who will do its bidding even it undermines the confidence of China in Pakistan’s resilience and strategic value.

In Afghanistan, Pakistan backs the Taliban which backs the TTP which perpetrated the massacre of schoolchildren and teachers in the Army Public School on Dec 16, 2014. The army today engages with the TTP, which is essentially a Pakistani branch party of the Afghan Taliban, while refusing to engage with the Pashtun Tahaffuz Movement of Manzoor Pashteen which is a Pakistani movement because of its protests against the bombing of Waziristan.

Pakistan has practically no support among the Afghan political intelligentsia, particularly the educated youth who are the future of the country. India has the field to itself.

These absurdities are the direct result of the state of the state in Pakistan. Unless this state of affairs is addressed, foreign policy, indeed all other aspects of national policy, will not be able to develop coherence and credibility. This is all too clear to political observers in Pakistan. But they are by and large easily resigned to the prospect that this state of affairs will not be addressed — and that they will themselves be complicit in this dereliction of duty, citizenship and patriotism. Unless we await a deus ex machina.