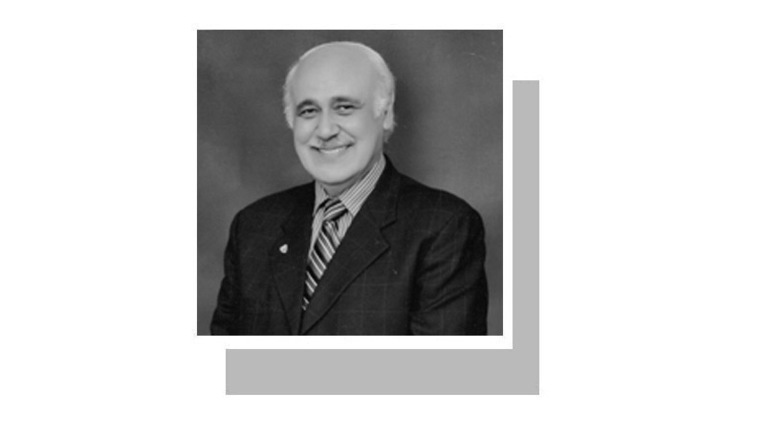 WHO runs Pakistan? This is a question every foreign government has asked since August 1947. It is a question for which 220 million Pakistanis await a plausible reply.

Some theists believe that Pakistan’s survival is the benevolence of an overworked deity. Others that nations take time to mature into states. It is just that Pakistan is taking longer to gestate than others.

This question has again come to the fore with two connected incidents. On July 21, Mr Tariq Fatemi (special assistant to the prime minister on foreign affairs) met US Deputy Secretary of State Wendy Sherman to reaffirm “shared goals of expanding relations through enhancing economic and commercial ties”. The meeting was arranged by our seasoned ambassador Masud Khan.

On July 22, the Ministry of Foreign Affairs in Islamabad publicly disavowed the meeting. It clarified that “Mr Fatemi is on a private visit to Washington and [the] Foreign Office did not play any role in his meeting with US officials”.

We have one foot in the door but are not inside yet.

This is not the first time Mr Fatemi has found himself the lightning rod of the Sharif brothers. In April 2017, he was removed from the post of special assistant by Sharif the Elder for his alleged role in ‘Dawn leaks.’ Reappointed to the same post exactly five years later by Sharif the Younger, he has now been disowned ignominiously by his ministry.

How did this diplomatic faux pas occur? It is a fact that Mr Fatemi was on a private visit to the US. While there, someone senior must have suggested that, as he was in the neighbourhood, he might like to call on ‘Aunty’ Wendy, which he did. Someone else in Islamabad or Rawalpindi resented such innocuous solicalising. Mr Fatemi has again paid the price of being an unelected dispensable.

A few days later, sources that ‘requested anonymity’ revealed that COAS Qamar Bajwa had phoned Ms Wendy Sherman to request the White House and Treasury Department “to urge the lender [IMF] to expedite the bailout process and immediately release the nearly $1.2 billion that Pakistan expects to receive”. In time, the Foreign Office confirmed the telecall.

This conversation between the COAS and the US Deputy Secretary has mille feuille layers of significance.

Apparently, the COAS consulted the prime minister and received his approval before calling ‘Aunty’ Wendy. Even ‘A’-level students know that the IMF does not take orders from the State Department. It may respond to a nod from the White House but it is careful to protect the prerogative of its Executive Board, which comprises 24 directors, elected by member countries.

Perhaps the IMF Executive Board is waiting to see whether there will be a change in Islamabad now that Punjab has spun out of its control.

Perhaps the IMF is waiting for the nomination of a new COAS. Gen Bajwa’s current term expires on Nov 22. His first extension in 2019 by PM Imran Khan cited ‘regional security’; perhaps his second by an insecure PM Shehbaz Sharif might cite ‘economic insecurity’.

Perhaps the COAS had to appeal to Uncle Sam through ‘Aunty’ Wendy because the US subventions given in the past through Coalition Supp­o­­rt Funds and other Penta­gon euphemisms have shrunk to drought levels. Is one half of Pakistan’s bud­get facing the same insolvency as its civilian half? Some belie­­ve that this is when the establishment should come clean and share with the public the extent of its non-security expenditure on social amenities over the years.

So, again, who runs Pakistan? A partisan President Dr Alvi who suggested earlier this year that he had no objection “to an early appointment of the army chief”, only to have his gratuitous opinion slapped down by his own office? Prime Minister Shehbaz Sharif, who heads a 13-party coalition of practised Judases and is contorting to stay in power until October 2023? His elder brother in London? He wants early elections.

A callow Foreign Minister Bilawal Bhutto-Zardari who has access to foreign assets left by his mother but not the capital of her international reputation? Or an army chief who a month ago eschewed interference in politics but has apparently sidestepped instead into national economics?

Will whoever is running Pakistan stand up and be identified? There are over 125m voters who deserve to know whether they will be voting in 2023 (or earlier) for wooden Pinocchios, or their braided puppeteers.

The writer is an author. 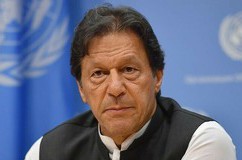