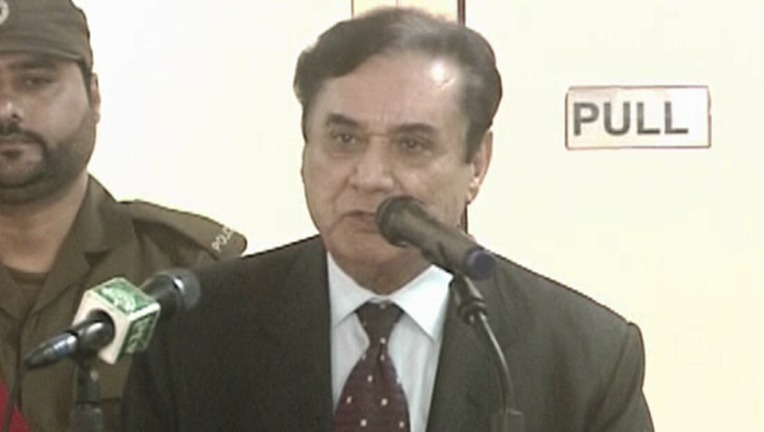 LAHORE: The Lahore High Court (LHC) on Wednesday issued a notice to the federal government and sought a reply within seven days on the plea challenging formation of an inquiry commission in the harassment case against the National Accountability Bureau (NAB) former chairman retired Justice Javed Iqbal.

Mr Iqbal had challenged the establishment of an inquiry commission to probe into harassment allegations leveled against him by a woman, Tayyaba Gull, in the LHC three days ago.

Mr Iqbal had filed a petition with the court and made the federal government a party to it.

Ms Gull had lodged a harassment case with an accountability court in Lahore and also before the Public Accounts Committee (PAC) in the National Assembly.

The PAC also had issued notice to Mr Iqbal for a hearing, but he did not appear before the committee and challenged it in Islamabad High Court (IHC). The court had issued a stay order on the PAC notice.

Advocate Azhar Siddique appeared before the court, representing Mr Iqbal, and said that no commission could be formed on individual cases under the articles 9 and 14 of the Constitution.

He said Ms Gull did not file any complaint on the harassment issue in any civil or criminal court.

He said the current government was pressurising the former NAB chairman and established the commission on political grounds.

He appealed to the court to cancel the formation of the inquiry commission investigating the harassment case.

Chohan’s bail plea: An Anti-Terrorism Court (ATC) on Wednesday issued notices to the prosecution department in the bail case of PML-N ex-MPA Nazir Chohan, his son and six others involved in attacking a police party during his arrest.

Ex-MPA Chohan was first arrested in the case of an armed clash between the PTI and PML-N workers during the by-election to PP-167. Chohan is among the 25 PTI dissident lawmakers (including five on reserved seats) who voted for Hamza in the Punjab chief minister’s election in April and subsequently were de-seated by the ECP.

The PTI had won 15 out of 20 general seats in the by-elections and succeeded in having Parvez Elahi as Punjab chief minister in the second election for the top slot in the province.

Chohan had filed a bail application in a case registered under sections 324, 353, 186, 506-B, 148 and 149 of the Pakistan Penal Code (PPC) and 7 of the Anti-Terrorism Act 1997 at the Chuhng police station on Aug 1 last for attacking a raiding team. The case was registered against Chohan, his son Saad Chohan, Abid Ali, Qamar Abbas, Rafaqat Ali, Qasim Ali, Hafiz Rizwan and Faisal Maqbool.

According to the FIR, police received information about Chohan’s whereabouts as he had already been nominated in a separate case. When he was pulled over, he disembarked from his vehicle and straightened his right hand in which he was allegedly carrying a pistol, it said.

“Armed individuals accompanying Chohan also disembarked from another vehicle and allegedly opened fire on police,” the FIR stated, adding that officials “saved their lives by laying flat on the ground”.

ATC judge Abhar Gul Khan heard the bail petition and issued notices to the prosecution department for next hearing on Thursday (today).

Earlier, the ATC had sent the ex-MPA, his son and six others to jail on a 14-day judicial remand on Tuesday.