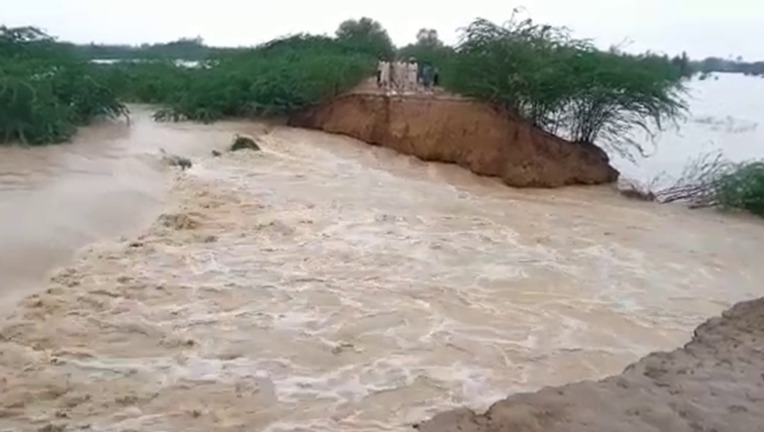 DERA GHAZI KHAN: The families who have lost their loved ones in the hill torrent are going through a trying ordeal.

Although the Punjab government has given Rs800,000 to each family, they say their scars are too deep to heal. Twenty-one people including six children have died in the flash floods.

Khadim Hussain, a farmer of Taunsa Sharif’s Mauza Sanjer, has lost his wife Amina Bibi and two children daughter Javeria, 4, and infant Asif in the flood.

Rasheeda Bibi, 23, lost her life due to the flash flood. She was a mother of a son and a daughter who also died.

Five-year-old Imran, son of Shahid, and his mother died in the flood. As his father had already died a natural death, his grandfather Naseer was taking care of him.

Other victims included Sameena Bibi, daughter of Bilal, Arif, 3, son of Munir Ahmad, and Bashiran Mai, daughter of Allah Wasaya, her son Imran, and Ramzan, son of Allah Divaya, who drowned while trying to rescue his uncle in Sanghar. He has left behind two wives and three children to mourn. Unfortunately, one of his brothers, Javed, also died.

Meanwhile, Commissioner Muhammad Usman Anwar has taken notice of the news of the supply of expired medicines to the flood victims and formed a committee which will submit a report within 24 hours.

There were reports that expired medicines had been distributed among the flood victims of Chit Sarkani.