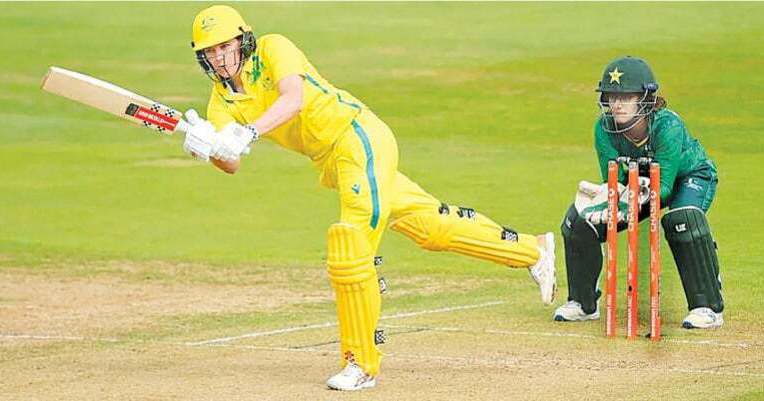 BIRMINGHAM: A third straight loss ended a dismal campaign for the Pakistan cricket team in the women’s Twenty20 competition at the Commonwealth Games on Wednesday.

Having lost to Barbados and arch-rivals India in their opening two Group ‘A’ games, Pakistan fell to a 44-run defeat against Australia at Edgbaston to wrap up their participation in the sport’s Games debut.

Unbeaten half-centuries by Beth Mooney and Tahlia McGrath powered Australia to 160-2 and Pakistan could only make 116-8 in their reply.

Australia, who will face either New Zealand or England in the semi-finals on Friday, elected to bat after winning the toss but were soon in a spot of bother as they were reduced to 19-2 after Alyssa Healy (four) and Meg Lanning (four) fell cheaply.

Healy was dropped at slip on the fourth ball of the game but could not capitalise on the life, as an in-swinging delivery from Fatima Sana caught her inside edge and rocketed into leg stump an over later.

Pakistan were celebrating again when left-arm spinner Sadia Iqbal’s delivery spun past Australian skipper Lanning’s bat and hit the top of her off-stump.

That, however, was as good as it got for Pakistan as McGrath (78 not out) and Mooney (70) pulverised the bowling to help Australia to a strong total.

Pakistan captain Bismah Maroof and Omaima Sohail tried to resurrect the innings with a promising partnership, but it did not last long.

Omaima was cleaned up by Alana King and Aliya Riaz was dismissed soon after, running herself out after a misjudged second run.

Bismah held the innings together for a while, but once she was dismissed by McGrath, getting to the three-figure mark itself appeared challenging for Pakistan.

Fatima Sana provided some fireworks in a late cameo of 35 off 26 but the target proved well beyond Pakistan.

In action elsewhere at the Games on Wednesday, Pakistan enjoyed victories in badminton and squash but there were defeats in judo while weightlifter Hanzala Dastagir Butt was left in tears.

In the 109kg weightlifting final at the NEC Hall, Hanzala started off with a lift of 135kg in the scratch and went on to improve it with a best attempt of 142kg.

Ninth among 10 competitors at the halfway stage, Hanzala couldn’t improve further. He lifted 173kg in his first attempt at clean and jerk but failed in his subsequent attempts at 180kg with tears filling up his eyes as he left the arena with a combined lift of 315kg.

Pakistan had a good day in the badminton court with Irfan Saeed Bhatti and Ghazala Siddique progressing to the second rounds of their respective categories.

Ghazala teamed up with compatriot Mahoor Shahzad for the women’s doubles event but they were overpowered Australians Gronya Somerville and Hsuan –Yu Wendy Chen 21-10, 21-13.

Pakistan, however, did savour a doubles win on Tuesday — in squash.

The country’s other mixed doubles team of Amna Fayyaz and Tayyab Aslam, however, fell to a 11-6, 11-6 defeat against Meagan Best and Cumberbatch Khamal of Barbados.

In the pool, Pakistan’s Jahanara Nabi finished third in her heat of the women’s 400m freestyle in a time of 4:36.87 but couldn’t advance to the semi-finals. 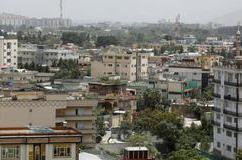 Taliban tight-lipped over US strike that killed Zawahiri