Life is a struggle 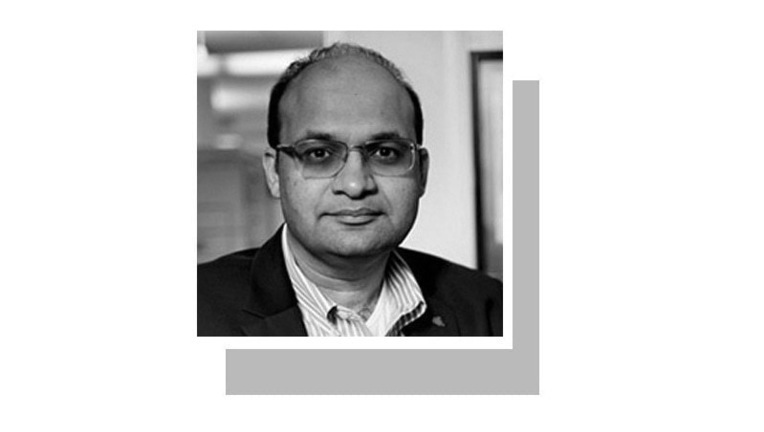 THE last year has been tough for most people up to middle-income levels. Inflation has increased a lot and salaries, though some might have gone up, have not kept pace with inflation. And the price of fuel and electricity have risen a lot, more than even the general inflation rate. If these goods make up a significant part of the household budget, the impact has been even larger.

Importantly, there is no reason for hope in the short to medium term. Even if the IMF programme and others help stabilise things for Pakistan, it will be only for a while. Without major structural reforms, which none of the political parties, the generals and the elite have the stomach or desire for, we fall back into the twin deficit trap when we push for growth and then repeat the austerity cycle. This has happened a number of times and we are in another such cycle now.

And the government has not been and will not be of much help. We do not get quality health and education services from the government. The ‘welfare state’, in the form of the Benazir Income Support Programme (BISP), is restricted to the very poor and gives a small stipend only. It does not cover most of the working poor.

Javed works as an office attendant and is paid around Rs27,000 per month (his take-home is Rs23,000). He and his wife have two young preschoolers. He rents a place at Rs7,500 per month, pays Rs3,500 for electricity and gas, buys milk for the two infants for Rs4,500 per month, and spends Rs7,000 on groceries and Rs3,000 for transport. He has to ask for help from other people working in his office every month. “We make two to four trips to the doctor every month. We never go to the doctor if my wife or I fall sick unless it is very serious. But with two young children two to four trips are inevitable. Even though this is the cheapest doctor in our neighbourhood, with medicines and all, each trip costs about Rs700.”

Maintaining price stability is especially crucial when the state does not offer any safety net.

His expenses are going to rise when his children start going to school. His ambition is to give his children a decent education and for that, he thinks, he would like to send them to English-medium private schools. “People in our neighbourhood say that government schools do not give a good education.”

Javed does not get any help from the government at all. He is above the BISP threshold and with no access to schooling or health, he feels that the government only takes taxes from him. These are all indirect taxes (on electricity, gas, transport, fuel, mobile usage and sales tax) but they do add up.

Read: Economic remedy proves to be the most bitter pill

Sami, 27 is a bachelor but under pressure to get married. He works as a laboratory assistant. He still lives with his parents and two brothers, and his father looks after household expenses. Out of the Rs25,000 he gets, he spends Rs5,000 on tuition as he pursues his Bachelor’s degree as a private candidate. He contributes Rs20,000 a month to a ‘committee’. The committee money was used to buy a small plot of land so that the household can eventually have a house of their own. But his land, which he bought a year or so ago, has been illegally occupied by the land mafia. He does not have the resources to fight the mafia, legally or otherwise. So, he has no resources, is still paying for the land that he cannot have and is not quite sure how he is going to be able to pay for his studies as well.

“If I had more money, maybe I could have fought to get my plot back. Right now, it seems I cannot do anything,” he says. Even if he had a bit more money I am sure he would not be able to do much against the other party. The rule of law does not exist, or rather, the law and its guardians (the police and legal system) are working against some in favour of others. How can justice and fairness survive? Sami feels broken at the moment and does not see a way forward.

Though Iqbal is lucky to get Rs35,000 a month as a driver, he has six children who are of school-going age. The last 10 days or so of every month are very hard for him. He too has to borrow from others to deal with these few days before the salary comes in. Rolling debt is not sustainable (as Pakistan is finding out as well) but Iqbal does not see any way out right now. There is no help from the state of course.

Even before the current crisis and inflation shocks these three individuals were not without financial problems. Now, they face severe strains every month. But, more importantly, it is the future that worries them.

If we had a state that offered basic services in health and education and ensured the rule of law prevailed for all, a lot of the pressure for the three mentioned would have not been there. And for millions more across the country. But, that is not how it is.

“I have no savings. The most humiliating aspect of the situation is that whenever I face even the smallest emergency, even a small illness in the family — and with young children this keeps happening — I have to ask for help from anyone and everyone I know. It kills me each time. May Allah have mercy.” This is an individual who has a full-time job and is not amongst the poorest of the poor.

Maintaining price stability is, in many ways, even more important than growth. Especially in situations where the state does not offer any safety net or services to the vulnerable. The situation, even for lower middle income-level earners, is very precarious right now. It is hard to see how we are going to get out of this one.

The writer is a senior research fellow at the Institute of Development and Economic Alternatives, and an associate professor of economics at Lums.