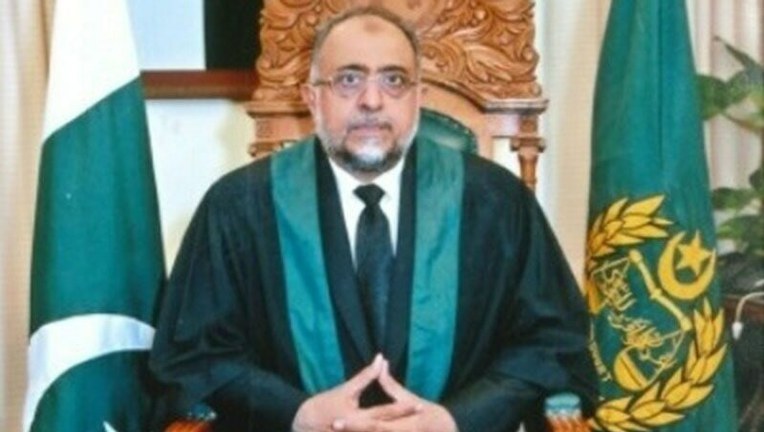 ISLAMABAD: Justice Sajjad Ali Shah, a member of the nine-member Judicial Commission of Pakistan, has expressed his disappointment over comments made during the July 28 JCP session about the integrity of two nominees from Sindh.

In a one-page letter written to Chief Justice of Pakistan (CJP) Umar Ata Bandial on July 30, Justice Shah regretted a member of the commission claimed that he had gained information about credentials of the nominee judges from Sindh through one or two lawyers who hail from the province.

“The worth of such information could be gauged from the fact that the Pakistan Bar Council’s (PBC) representative in JCP — Akhtar Hussain — did not question the integrity of judges, but specifically stated that as far as Justice Shafi Siddiqui and Justice Hasan Azhar Rizvi (both from Sindh) are concerned, he is disputing their nomination on the basis of seniority and had no issue with other traits.

“With all humility and respect at my command, I must record that the honourable member did not have the confidence in his colleagues to consult them on this matter,” the letter said.

Justice Sajjad Ali Shah recalled that two members of the JCP had not only served as judges in the Sindh High Court (SHC) for more than a decade but had also been appointed its chief justice.

Justice Sajjad said two more judges presently serving in the Supreme Court, other than JCP members, had served in the SHC for a decade and could have been consulted about the eligibility of the two nominees from Sindh.

Justice Shah said since he had worked with the two SHC judges for a number of years, he could attest to their integrity.

“I would like to state that questioning the integrity of judges on the basis of hearsay from one or two lawyers who were not even named was regrettable,” the judge said.

It appeared that some elements had resorted to defaming the two nominees, Justice Shah said, adding that the CJP should do “everything in his power to restore their reputation”.

“Let us not lose sight of the fact that these nominees did not apply for this candidature, but were nominated on the basis of their credentials,” Justice Shah observed.

The AGP spoke nothing about the competence of any nominee judge during the JCP meeting, Justice Shah added.

“On the contrary, when one of the judicial members of the commission called for rejection of the nominations, the AGP sought adjournment of the session till settlement of the criteria for selection of candidates,” he said.

“Since I will be laying down my robes in a few days (Aug 14), I would not have the onerous duty of attending the next meeting of JCP. Therefore, I request the CJP to place this letter on record,” Justice Shah said.

Disagreements among members of the judicial commission were not unusual, but the objections surrounding such disagreements had been less acrimonious in the past, the letter said.