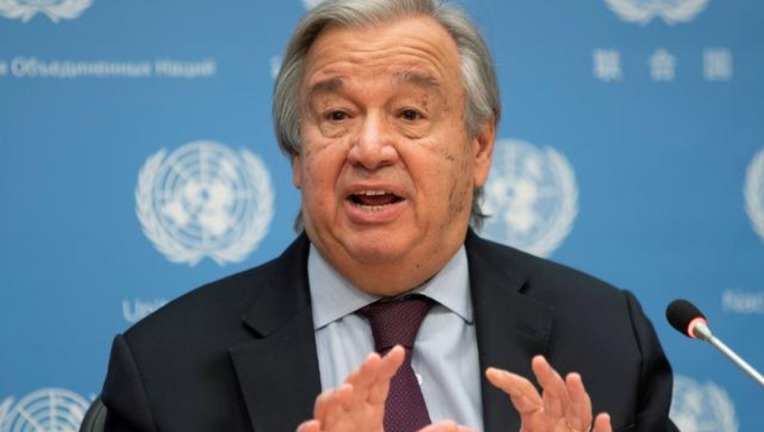 ISLAMABAD: The Global Crisis Response Group (GCRG) on Food, Energy and Finance, formed by UN Secretary General Antonio Guterres, has asked governments to find the most effective way to fund energy solutions to protect vulnerable communities everywhere, including through windfall taxes on the largest oil and gas companies.

Launching the third report of the crisis group on Wednesday, the secretary general called the record profit from oil and gas amid global energy crisis “immoral” as the combined profits of the largest energy companies in the first quarter of this year are close to $100 billion.

As the war in Ukraine continues to rage, skyrocketing energy prices are compounding an existential cost-of-living crisis for hundreds of millions of people. Despite this alarming situation, major oil and gas companies recently reported record profits, UN chief regrets.

The GCRG warns that rising energy prices may price out many developing countries, with a high level of impact on the most vulnerable citizens, from energy markets. Such a situation is already impacting hard-won gains in the provision of access to energy and the reduction of energy poverty, and progress had already been set back due to the pandemic.

The GCRG report stresses that any short-term policies and protection measures must help mitigate the crisis, including efforts to promote energy efficiency and demand reduction, and not exacerbate it, such as blanket subsidies for fossil fuels.

In the medium-to-long-term, the world needs to double down on renewables to meet net-zero goals, tackle energy poverty, and boost and diversify the global energy mix. To that end, the brief calls for the need to significantly increase global investment, it says.

“Renewable energy is often the cheapest, and most quick to deploy source of electricity for many countries. But this is only true if we ensure that supply chains work well and without bottlenecks; that the workforce has the right skills and that enough funds will be made available for the initial investments,” said the secretary general of the UN Conference on Trade and Development (UNCTAD), Rebeca Grynspan.