Hamza off to London to ‘explain away Punjab by-polls drubbing’ 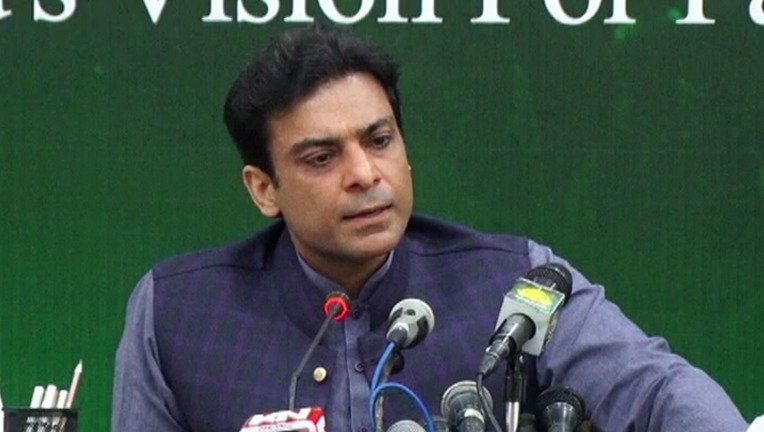 LAHORE: Prime Minister Shehbaz Sharif’s son Hamza Shehbaz reached London on Thursday reportedly to ‘give an explanation’ to PML-N supremo Nawaz Sharif about party’s humiliating defeat in the crucial by-polls in Punjab at the hands of Imran Khan’s PTI.

The elder Sharif who is upset over losing Punjab to the PTI-PML-Q alliance is said to have summoned Hamza in London for his failure to retain the chief minister office.

“Nawaz Sharif is upset over the party’s crushing defeat in the Punjab by-polls last month, which overthrew its government making it vulnerable in the province which otherwise was considered its stronghold. Hamza will have to satisfy his uncle for his poor performance being the CM and his father (Shehbaz’s) flawed strategy in the face of Khan’s aggressive campaign during the by-polls,” a PML-N insider told Dawn.

He said although Nawaz Sharif had been told at a party meeting about ‘reasons’ of PML-N’s defeat, he wanted to have an ‘in-person explanation’ in this regard. “Hamza will also have to explain his poor coordination with his cousin Maryam Nawaz during his short stint as CM. Hamza had not obliged Maryam in taking her recommended lawmakers in his cabinet. Besides, he also did not promptly follow Nawaz’s instructions when he was the chief minister,” the insider said.

Awarding tickets to the PTI turncoats which left PML-N workers disgruntled and uninterested in the election campaign, coalition government’s unpopular decisions of making huge increases in petroleum and electricity prices, rising inflation and related matters were the main reasons cited for the defeat on 15 of the 20 seats of Punjab Assembly in the July 17 by-polls.

Maryam reportedly had refused to take the blame for the party’s defeat as she was of the view that she did whatever she could by leading an aggressive campaign. However, her critics in the party said she wasted at least a week in ‘thinking’ whether to campaign for the PTI turncoats or not whereas PTI chairman Imran Khan had launched the campaign much earlier.

According to Hamza’s political secretary Imran Goraya, the former chief minister left for London by a flight of a private airline on Thursday. During his stay, he said, Hamza would meet Nawaz. However, Goraya did not say when the PM’s son would return to the country.

Hamza managed to leave the country after his name was removed from the no-fly list by his party’s government in the Centre. Before the PML-N-led government took over in April last, Hamza was stopped at the airport from leaving for London by the PTI government.

Last Saturday, Hamza’s lawyer Rao Aurangzeb told a Federal Investigation Agency (FIA) special court in the money-laundering case that his client had ‘severe backache’, therefore he could not appear before it. The special court summoned PM Shehbaz and Hamza on Sept 7 for indictment in the Rs16 billion money laundering case registered against them by the FIA.

Both of them have already been granted pre-arrest bail in the case and skipped Saturday’s hearing as their counsel filed written requests for a one-time exemption from personal appearance.