Ex-MPA Nazir Chohan, others get bail in police attack case 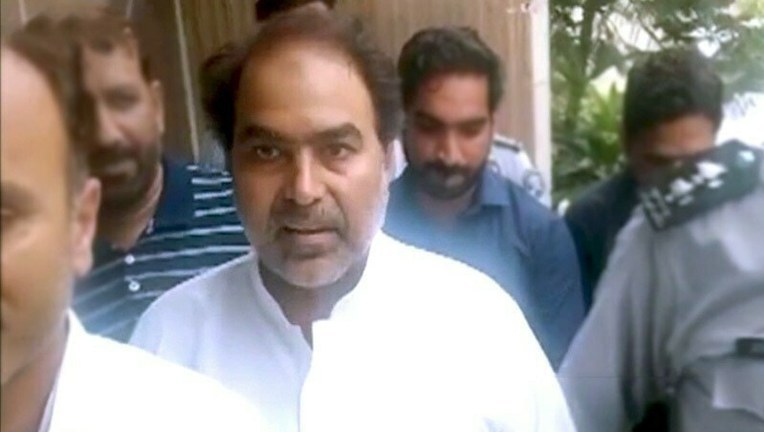 LAHORE: An Anti-Terrorism Court (ATC) on Thursday granted bail to PML-N leader Nazir Chohan, his son and six others involved in attacking a police party during his arrest.

Ex-MPA Chohan was first arrested in the case of an armed clash between the Pakistan Tehreek-i-Insaf and PML-N workers during the by-election (PP-167).

Another case was also registered against Chohan, his son Saad Chohan, Abid Ali, Qamar Abbas, Rafaqat Ali, Qasim Ali, Hafiz Rizwan and Faisal Maqbool under sections 324, 353, 186, 506-B, 148 and 149 of the Pakistan Penal Code (PPC) and 7 of the Anti-Terrorism Act 1997 at the Chuhng police station on Aug 1 for attacking a raiding team.

According to the FIR, police received information about Chohan’s whereabouts as he had already been nominated in a separate case.

When he was pulled over, he disembarked from his vehicle and straightened his right hand in which he was [allegedly] carrying a pistol, it said.

“Armed individuals accompanying Chohan also disembarked from another vehicle and allegedly opened fire on police,” the FIR stated, adding that officials “saved their lives by laying flat on the ground.”

Anti-Terrorism Court Judge Abhar Gul Khan announced the [reserved] verdict in a case related to attack on policemen in Lahore.

The ATC approved the bail of ex-MPA Chohan, his son and six others, subject to submission of surety bonds of Rs100,000 each.