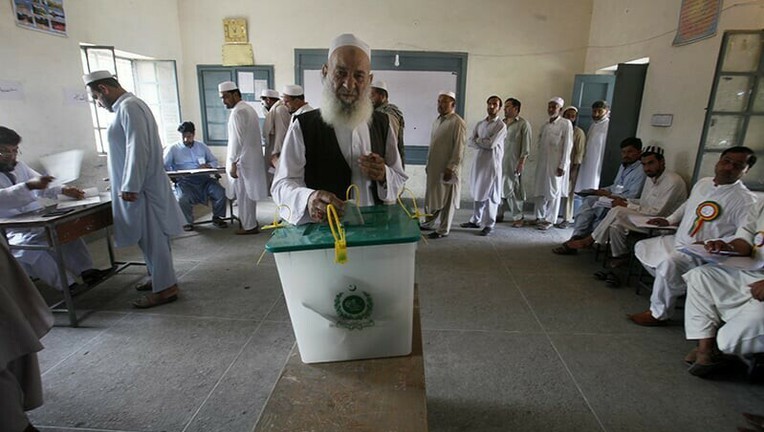 The Election Commission of Pakistan (ECP) issued on Saturday the final list of 266 National Assembly (NA) constituencies and 593 constituencies of provincial assemblies.

In a statement, the ECP said a copy of the final delimitation of any constituency could be obtained from the commission's secretariat in Islamabad.

The ECP has issued the final list around two months after it issued a preliminary one, in which it had revised down NA seats from 342 to 336.

In the preliminary delimitation, the ECP had decreased the number of NA general seats from 272 to 266 as per the law. Women and minority seats were unchanged at 60 and 10, respectively.

The reduction in the number of seats was because 12 seats allocated to Fata — which was merged with Khyber Pakhtunkhwa (KP) in 2018 after the 25th constitutional amendment — under the Musharraf regime were abolished and six seats were allocated to KP based on its population.

As for the provinces, Punjab was allotted 141 general seats in the NA, Sindh 61, KP 45, and Balochistan 16. Islamabad was given three seats.

The preliminary list was issued in line with the schedule announced by the ECP in April, days after the electoral watchdog had expressed the inability to conduct general elections before October.

According to the schedule, training was to be provided to delimitation committees between April 20 and 24. Chief secretaries and provincial election commissioners were to provide required maps and documents for demarcation, including description of districts, tehsils etc, by April 26 and preliminary delimitations will be published on May 28.

People would then present their objections and recommendations to the ECP on the initial delimitation from May 29 to June 28, the ECP had decided, adding that it would hear and decide all objections from July 1 to July 30 and the final list of constituencies would be published on August 3.

On April 4, the ECP expressed its inability to conduct general elections within three months, citing various legal hitches and procedural challenges as the reason.

A senior official of the ECP had told Dawn at the time that the preparations for the general elections would require some six months. He had said fresh delimitation of constituencies, particularly in Khyber Pakhtunkhwa where the number of seats had been increased under the 26th Amend­ment, and bringing district- and constituency-wise electoral rolls in conformity were the major challenges.

The commission had later clarified that it had not issued any statement about the holding of elections, but at the same time had not said whether it was ready to conduct the polls in three months.

On April 6, President Arif Alvi had written a letter to the ECP to propose dates for holding general elections in the country under Article 224(2) of the Constitution.

The development had come after then-NA deputy speaker Qasim Suri had thrown out a no-confidence motion against former prime minister Imran Khan and the president had dissolved the lower house of parliament on the former's advice on April 3.

In reply to the president's letter on April 7, the ECP had said elections could not be held before October and that it needed four more months to complete the delimitation process.

The commission cited legal hitches in conducting elections, including the absence of delimitation and delays in the digital census. It had blamed the PTI government for not cooperating and delaying the finalisation and publication of fresh digital census results, which subsequently led to a delay in delimitation.

As a result, it had invited scathing criticism from the then-ruling PTI.

On April 8, just a day before the then-opposition managed to pass a no-confidence vote against Imran and oust him as the prime minister, the ECP had ordered the delimitation of national and provincial assembly constituencies on war-footing, without waiting for the digital census to commence.

Later, former information minister Fawad Chaudhry had said delimitations were possible only if a new census was conducted and announced that the delimitation decision would be challenged in the Supreme Court.

The ECP had, however, maintained that delimitation before the next general elections was a constitutional requirement.