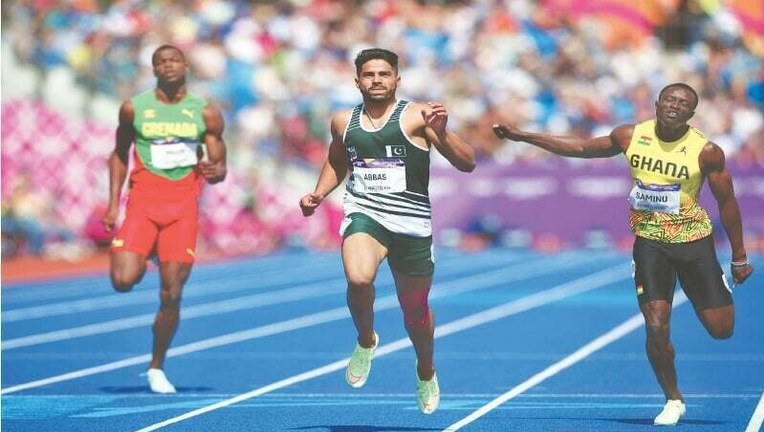 According to the information received here from Konya, the 22-year-old Shajar clocked 10.25 seconds against his previous best of 10.37 in the heat and remained fourth, so exited from the further contest of 100m race.

It is learnt that Shajar reached Konya at 5:00am on Monday morning — just hours before he was scheduled to feature in the Islamic Solidarity Games — after competing in the Commonwealth Games where he demonstrated impressive performance by qualifying for the 200-metre final where he finished last.

Soon after his hotel check-in at Konya, the runner rushed to compete in the 100-metre race. Had Shajar whose participation in the Commonwealth Games ended on Saturday night, left for Turkey the same day, he could have been in a better shape to compete in Konya.

The opening ceremony of the Islamic Solidarity Games is scheduled for Tuesday.