PESHAWAR: The Peshawar High Court has warned the local police against harassing a Christian woman, who converted to Islam and married a Muslim man of her own free will last year.

A bench consisting of Justice Shakeel Ahmad and Justice Dr Khurshid Iqbal disposed of a petition by the woman, Seerat Fatima, challenging the frequent visits of police officials to her house here and also asking them to visit different police stations.

The petitioner, who was previously named Gloria Younas, had converted to Islam before marrying a Muslim citizen, Tariq Javed, in Sahiwal and shifting to Peshawar.

The bench directed the police not to violate any of the fundamental rights of the petitioner and her husband provided in the Constitution.

The petitioner’s counsel, Mehwish Muhib Kakakhel, said the couple had fled Sahiwal fearing that they would be harmed by the enraged family members of the petitioner.

She argued that the petitioner had converted to Islam without any coercion or duress and married Muhammad Tariq Javed of her free will.

The counsel, who is also a human rights activist, argued that the family of petitioner were influential of their locality in Sahiwal and had contacts with government and police officials. She added for the same reasons, the Peshawar police had been harassing her client though no criminal case was registered against her.

She said a FIR was also lodged against Petitioner’s husband for compelling her for marriage, however, the same was cancelled after facts were revealed by the petitioner.

The counsel argued that the frequent visits by police to her house without plausible reasonviolated her client’s fundamental and legal rights and that the police were violating her right to life and freedom to profess any religion.

The counsel said the petitioner was not being treated in accordance with the law and therefore, the intervention of the court for necessary action was sought.

An official of the relevant University Town Police Station also turned up and was asked by the bench to give a valid reason for visiting the couple and ‘harassing’ them.

The bench wondered if a criminal case was registered against the couple. The official replied in negative.

The court observed that the petitioner converted to Islam of her free will and she, being an adult person, was competent to do so and that interference in her life was unwarranted and should be discouraged. 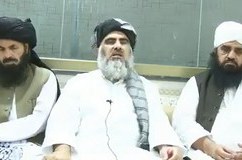 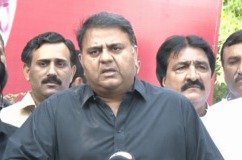 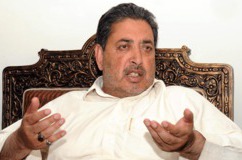