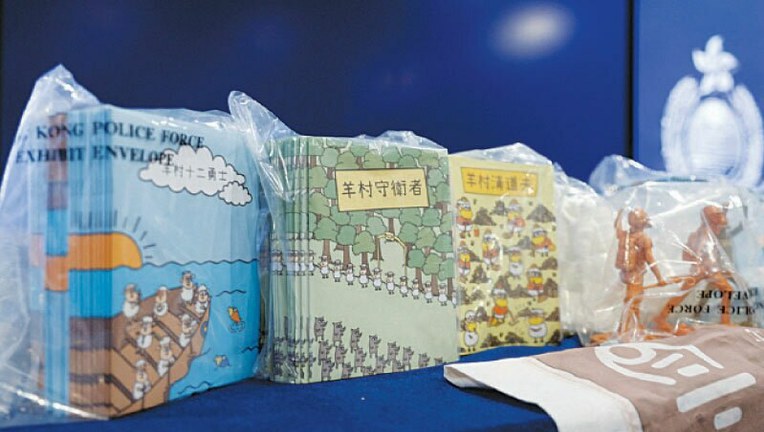 HONG KONG: Hong Kong jailed five speech therapists for sedition on Saturday over a series of illustrated children’s books that portrayed the city’s democracy supporters as sheep defending their village from wolves.

They join a growing list of residents jailed under a colonial-era sedition offence which authorities have deployed alongside a national security law introduced by Beijing in 2020 to stamp out dissent. The group, who are all in their twenties and belonged to a speech therapists’ union, have been behind bars for over a year while awaiting a verdict.

They were all handed a 19-month jail term for a picture book series that began in 2020 to explain Hong Kong’s democracy movement to children. The group could be released in 31 days after deductions for time served, one of their lawyers estimated.

Three of them struck a defiant tone during Saturday’s sentencing. Melody Yeung told the court she did not regret her choices and hopes to always stand on the side of the sheep.

“My only regret is I couldn’t publish more picture books before getting arrested.” Defendant Sidney Ng’s lawyer quoted his client as saying the prosecution “had the objective effect of intimidating civil society and alienating Hong Kongers from one another”.

Judge Kwok Wai-kin scolded the defendents for “brainwashing” children and sowing the “seed of instability” in the city and across China.

The judge, handpicked by Hong Kong’s leader from a pool of jurists to hear national security cases, had convicted the group on Wednesday for conspiring to spread seditious content.