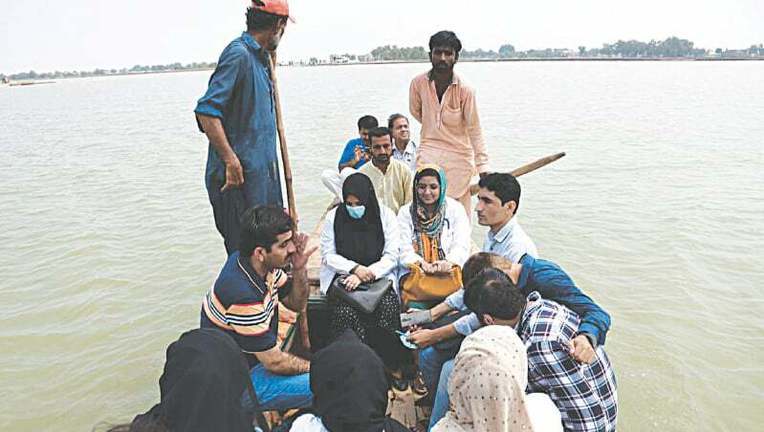 HYDERABAD: Chief Minister Syed Murad Ali Shah, while spaking to reporters in his native town of Wahur on Monday, said that 10 union councils of Sehwan taluka were affected by heavy rains and flooding.

He said intentional cuts were given to Manchhar banks, arguing that had the breaches occurred naturally, this would have spelt disaster.

“My home UC Wahur has been inundated and I have seen people’s miseries. Their complaints are genuine,” he said. He noted that Manchhar Lake’s floodwater was standing by 8ft to 10ft in all UCs. He said these flows coming from Manchhar were more than the flows observed in 2010 super floods.

He said that people must be provided every facility in addition to mosquito nets and ration. He said it was a difficult time and government stood with people.

He said he took an aerial view of Dadu and hope that the city would remain out of harm’s way. He said floodwaters in Sehwan taluka had started receding. He said that multiple cuts were given to Manchhar Lake dykes which were diverting water to Indus. “The flows upstream Manchhar are heavy,” he pointed out.

Mr Shah said that rescue work was a massive exercise as the entire Sindh was inundated. He said all available resources were utilised by government. He said he had urged the UN secretary general to provide relief goods instead of financial assistance.

He urged philanthropists to coordinate with PDMA for the distribution of relief goods among people in distress. He told the affected people that “you are my people … we will save our cities”. He said that government was helping people with all available means.

“Saen, we didn’t get food; we are dying of hunger … mosquitoes are invading us … we don’t have tents and we are ill,” complained an angry resident, while talking to the CM who visited UCs Arazi, Bubak, Wahur and other areas. The CM replied: “I am here to provide you relief”.

The CM asked the Jamshoro deputy commissioner to provide services to the people. He said action would be taken against those officials who were found negligent in this regard.