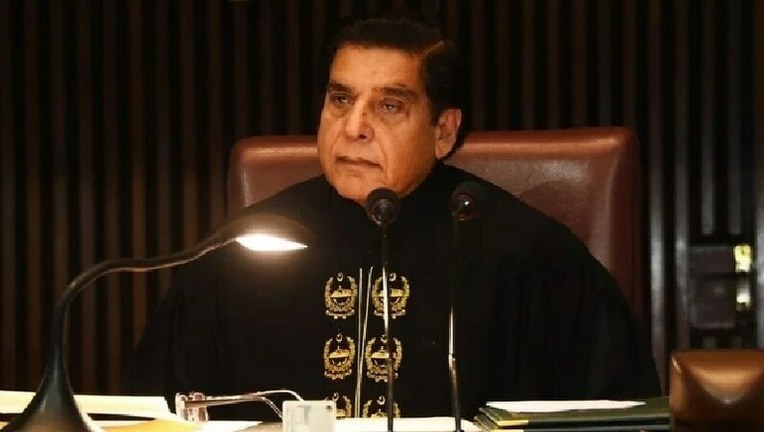 ISLAMABAD: In a bid to highlight the unprecedented havoc caused by recent devastating floods, an emergency resolution would be presented in the next meeting of the Inter-Parliamentary Union (IPU) in Rwanda.

National Assembly Speaker Raja Pervaiz Ashraf expressed these views while speaking at the inaugural session of the third IPU seminar of parliaments of Asia-Pacific to achieve Sustainable Development Goals (SDGs) at Parliament House on Tuesday.

Terming the seminar a remarkable effort of National Assembly, the speaker said: “This resolution is to present a forceful demand that developed countries must compensate for irreparable socioeconomic losses due to climate change in developing countries.”

In the recent floods, Pakistan’s economy suffered a colossal loss of $18 billion and more than 1,400 people lost their lives. In addition to this, health, education, communication and electricity systems were badly affected.

Speaker Ashraf raised a question to the international community that who would compensate the irretrievable losses caused by climate change as Pakistan and other developing countries had less than one per cent share in environmental degradation but 90pc of the shattering consequences were being faced by these countries.

He called upon the developed nations, responsible for the environmental damages, to remember that their progresses were a cause of the destruction of the developing countries. “This injustice cannot be tolerated. International equality and equitable sharing of the fruits of development are essential for international peace,” he said.

Meanwhile, Senate Chairman Mohammad Sadiq Sanjrani on Tuesday also proposed to the IPU to include Pakistan’s recent crisis situation from the devastating floods as an emergency agenda item in its upcoming plenary to be held in Kigali, Rwanda.

He wrote a letter to the IPU president on September 12, saying Pakistan valued the role of IPU as a conduit of multilateral parliamentary interactions and to come forward and help Pakistan with relief assistance. He also requested the IPU to come up with a mechanism to compensate the lowest contributors to climate change who were currently facing its brunt.

Talking to a delegation, the president said that Pakistan had high expectations of IPU, particularly with regard to playing a key role in the resolution of conflict and upholding human rights in India-held Kashmir. He expressed the hope that the IPU would take notice of the ongoing Islamophobia in India and the increasing persecution and intimidation of Muslims in India.

The president said the recent devastating floods in Pakistan were a wake-up call to the world to take serious, meaningful and effective measures and actions on war-footing to reduce carbon emissions to prevent the devastation caused by climate change in many parts of the world, especially in Pakistan.

The president said that Pakistan alone could not shoulder the gigantic task of rehabilitation of 33 million flood victims and reconstructing millions of houses and vital infrastructure. He appealed to the developed world to help Pakistan cope with the devastation caused by the floods.

In his remarks, Duarte Pacheco offering his condolences on the death of flood victims and expressed his concerns over the destruction of infrastructure in most parts of the country.

He said IPU being a multilateral forum discusses issues confronted by the world as no single country could resolve the issues faced by it without the collective support of other countries.