Power supply to 500 villages restored in Sindh as floodwater recedes 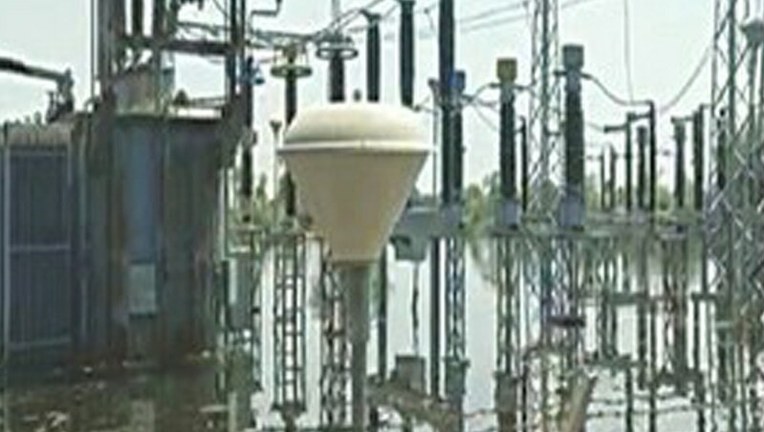 DADU: Power supply to Johi, Wahi Pandhi and around 500 villages was restored on Sunday after two of the five grid stations in Dadu district were energised as floodwater receded after more than a week.

The 132kV grid stations of Johi and Wahi Pandhi towns were restored while three others in Khairpur Nathan Shah, Faridabad, Bhan Syedabad were yet to be made functional as up to eight feet of water was still standing in and around the power stations.

According to Sukkur Electric Power Company (Sepco) Chief Executive Officer Saeed Dawich, the transmission lines had collapsed near Johi city as a result of extreme flooding causing a massive and prolonged power outage in many parts of the district.

He said the remaining three grid stations would be restored as soon as water level comes down. It will restore power supply to Khairpur Nathan Shah, Faridabad, Bhan Syedabad and around 900 villages in the vicinity.

Sikandar Ali Rahupoto, a Pakistan Peoples Party MNA from Sehwan, said a 100-foot-wide cut had been made in the Indus link canal near Bhan Syedabad to drain the water from the grid station and nearby areas.

After the water receded, the power supply from the grid station would be restored, said Mr Rahupoto, adding that the cut would also reduce pressure at the ring embankment around Bhan Syedabad.

Meanwhile, SDO Irrigation Bhan Syedabad Vijay Kumar said that the cut would drain water from the grid station towards the Indus link canal.

Wapda official Aziz Jamali said that it would take at least two days to drain all the water from the grid station and Bhan Syedabad.