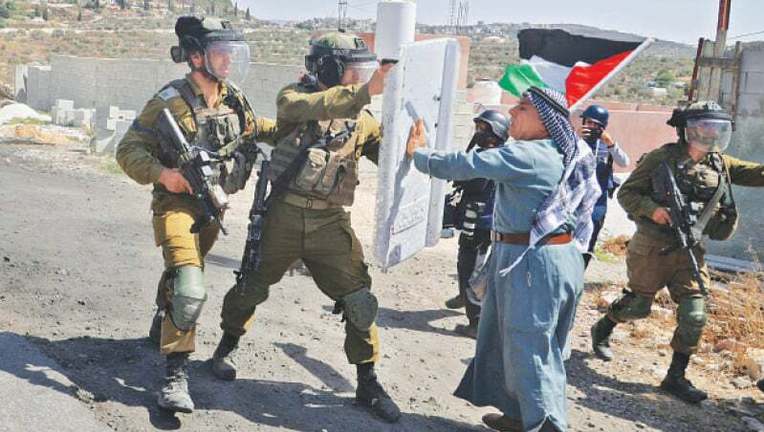 JERUSALEM: Israeli Prime Minister Yair Lapid affirmed his support for Palestinian statehood at the UN General Assembly on Thursday, but came under fire from right-wing critics and stirred doubts among the Palestinians as well.

His speech in New York came with Israel headed for elections on Nov 1 that could oust the centrist Lapid and see the return of his rival, the hawkish Benjamin Netanyahu.

The premier reiterated his long-held position that a two-state solution to the decades-old Israeli-Palestinian conflict was in Israel’s interest, a notion that faded during Netanyahu’s 2009-2021 tenure as prime minister.

Despite existing “obstacles”, he said, “an agreement with the Palestinians, based on two states for two peoples, is the right thing for Israel’s security, for Israel’s economy and for the future of our children”.

Lapid contended a large majority of Israelis supported a two-state solution, “and I am one of them”.

“We have only one condition: that a future Palestinian state be peaceful,” said Lapid, without calling for a resumption of peace talks.

The proliferation of Jewish settlements throughout the occupied West Bank, communities widely considered illegal under international law, is a major hurdle to Palestinian statehood.

There were many who cheered the speech, including US President Joe Biden, who called it “courageous”.

But back home, critics lined up to weigh in.

In his own address to the world body on Friday,

On the Israeli side, Netanyahu accused Lapid of aiding the Palestinians by raising their cause at the UN’s top gathering.

The premier was putting “the Palestinians back at the centre of the international stage and sending Israel back into the Palestinian pit”, he said.

“Today he (Lapid) wants to give the Palestinians a terrorist state in the heart of Israel and that state is going to threaten us.