Tensions mount in Iran ahead of Amini commemoration 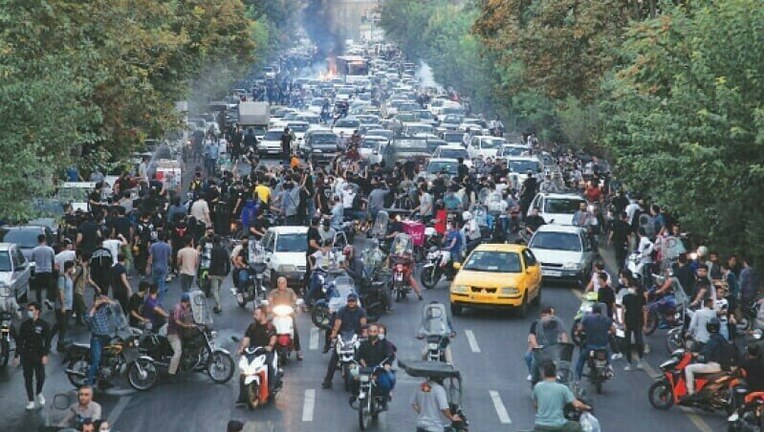 “A student may die but will not accept humiliation,” they chanted at Shahid Chamran University of Ahvaz, in the south-western province of Khuzestan, in an online video.

Young women and schoolgirls have been at the forefront of protests sparked by Amini’s death last month, after her arrest for an alleged breach of Iran’s strict dress code for women.

Amini, a 22-year-old Iranian of Kurdish origin, died three days after being taken into custody by morality police on Sept 13 while visiting Tehran with her younger brother.

Activists said the security services had warned Amini’s family against holding a ceremony and not to ask people to visit her grave in Kurdistan province on Wednesday, otherwise “they should worry for their son’s life”.

Wednesday marks 40 days since Amini’s death and the end of the traditional mourning period in Iran.

Online videos showed students protesting at Beheshti University and the Khaje Nasir Toosi University of Technology, both in Tehran, as well as Shahid Chamran University of Ahvaz, in Khuzestan province.

The fresh demonstrations came after security forces were accused by activists of beating schoolgirls at the Shahid Sadr girls vocational school in Tehran on Monday.

“Students of the Sadr high school in Tehran have been attacked, strip-searched and beaten up,” said the 1500tasvir social media channel.

At least one student, 16-year-old Sana Soleimani, had been hospitalised, said 1500tasvir, which chronicles rights violations by Iran’s security forces. “Parents later protested in front of the school. Security forces attacked the neighbourhood and shot at people’s houses,” it added.

Iran’s education ministry said a dispute erupted between schoolgirls and their parents and school staff after the principal demanded they comply with rules over the use of mobile phones.

“The death of a student in this confrontation is strongly denied,” a ministry spokesman said. Families were seen clamouring for information outside the school in the Tehran neighbourhood of Salsabil, in an online video.

Such reports have fuelled further anger among the Iranian public over the crackdown that the Oslo-based group Iran Human Rights said, in an updated toll on Tuesday, had cost the lives of at least 141 protesters, up from 122 previously.

Deadly unrest has rocked Amini’s western home province of Kurdistan -- but also Zahedan on Iran’s far southeast, where IHR said 93 people were killed in demonstrations that erupted on Sept 30 over the alleged rape of a teenage girl by a police commander.

Despite what rights group Amnesty International has called an “unrelenting brutal crackdown”, young women and men were again seen protesting in online videos on Tuesday.