Govt gets six names from GHQ for army’s top rank 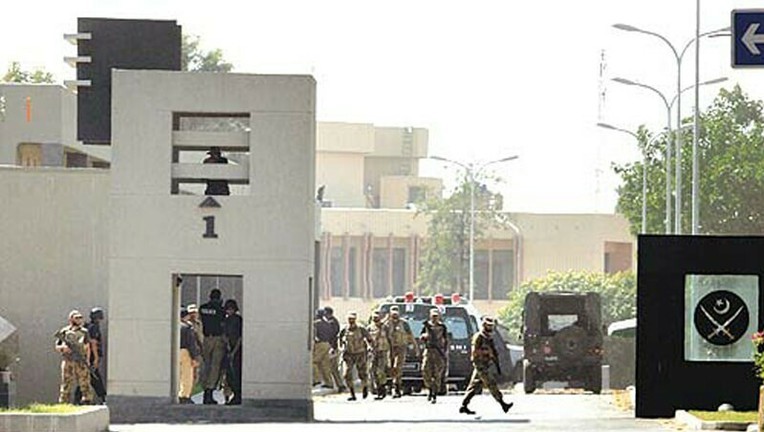 ISLAMABAD: After the government spent Tuesday trying to dispel the impression of a deadlock with the military over the appointment of a new army chief, the military confirmed late night that it had dispatched the summary to the defence ministry.

Although multiple ministers spent the day denying the impression that the summary had been received by the PM Office — Defence Minister Khawaja Asif even tweeted as much around 11pm after multiple TV app­earances — the brief missive from Inter-Services Pub­lic Relations simply stated: “GHQ has forwarded the summary for Selection of CJCSC and COAS, containing names of 6 senior most Lt Gens, to MoD.”

Earlier, participating in a TV talk show, Mr Asif said there were no differences between the army and government and the concerns being expressed by various quarters in that regard were unfounded.

After rumours and denials, army says summary for appointment of next chief sent to defence ministry; ISPR release mentions no names

But the defence minister said he had conveyed to Mr Abbasi that his concerns would be allayed. A senior PML-N leader told Dawn on Tuesday that the delay in the submission of the summary could und­er­mine the government and leave the process open to spe­cula­tion and legal challenges.

PM Shehbaz Sharif is, moreover, expected to hold a consultation with Gen Bajwa on Thursday on the selection of his successor. It is a convention that the prime minister holds this discussion with the outgoing chief, however, it is described as “informal consultation.”

On Monday, the PM asked the defence ministry for a summary for the appointment of the next army chief along with the service dossiers of the candidates. Defence Ministry subsequently forwarded the prime minister’s letter to General Headquarters. Besides appointing a new army chief, the government would also appoint a new chairman joint chiefs of staff.

Now, the government is expecting the summary to reach the prime minister’s desk along with the service dossiers on Wednesday. A special meeting of the federal cabinet has been convened for Thursday to deliberate on the appointments.

The government had earlier planned to complete the process by Friday.

The prime minister would after making the choice advise President Arif Alvi to appoint the general as the next army chief. It remains to be seen if the president would agree with the advice or send it back for reconsideration.

On Wednesday, Gen Bajwa would speak at a Defence Day ceremony, which is likely to be his last public speech before retirement.

In his speech, he is expected to touch upon the developments during his extended six-year tenure.

Meanwhile, as part of his farewell visits, Gen Bajwa visited Quetta garrison on Tuesday. According to ISPR, he laid floral wreath at the martyrs’ monument and interacted with officers and troops. He appreciated the efforts and contributions of the corps and its formations towards peace and stability in Balochistan and their assistance to the provincial government during recent floods.