‘COAS, not PM, decides how US-Pak ties shape up’ 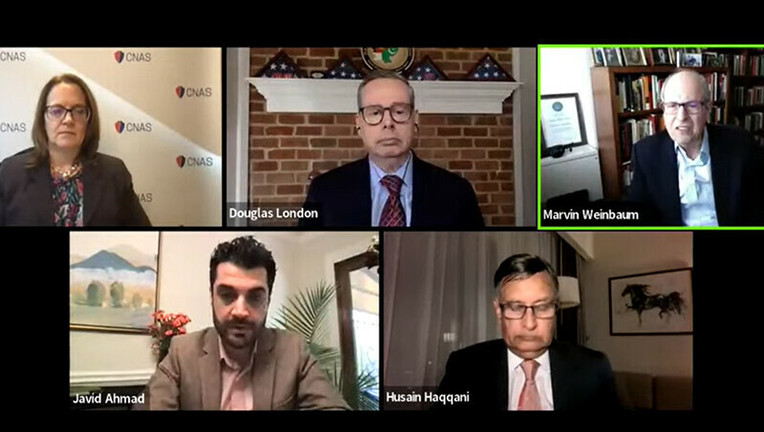 WASHINGTON: Former prime min­ister Imran Khan’s return to power — or not — will not have much impact on the future of US-Pakistan relations as such decisions in Islam­abad are taken by the army chief, not the prime minister.

This view was expressed at a Monday evening seminar in the US capital.

“I don’t think the future of US-Pakistan relations hinges on who will be the PM in Pakistan… more important is who will be the chief of army staff,” said Lisa Curtis, who looked after South and Central Asian affairs at the Trump White House, adding it was the army that controlled decision-making on issues important to the US, such as the nuclear programme, Pakistan’s relations with India, and counter-terrorism.

But Ms Curtis also said this kind of hybrid democracy would not be good for Pakistan as it’s “an inherently unstable form of government”.

Trump-era official says should Imran return to power, there will be ‘effort to make amends with Washington’

When asked how Mr Khan’s return to power could influence the US-Pakistan relations, she said: “Even though Imran Khan very unhelpfully used the US as a scapegoat when he lost power, were he to be reelected, there will be a certain amount of pragmatism that might become part of the equation.” She believed there would be “an effort to make amends with Washington”.

Douglas London, a former CIA operative and analyst; Javid Ahmad, a former Afghan ambassador to the UAE; and Hussain Haqqani, Pakistan’s former ambassador to Washington also participated in the discussion. Marvin Weinbaum, director of Pakistan/Afghanistan Studies at the Middle East Institute (MEI), Washington, moderated the session hosted by his institute.

Both Ms Curtis and Mr Haqqani believed Pakistan and the US were not as close as when America was still in Afghanistan. Ms Curtis said the US wanted to ensure Pakistan did not get closer to China and that negative views about Islamabad regarding Afghanistan still prevailed. The US, she added, “wants Pakistan to support it in Ukraine”.

Mr London noted that tensions between the two countries had reduced since the US withdrew from Afghanistan, and Washington didn’t want to lose Islamabad completely as it was a nuclear state. Now, he remarked, there was “more openness” between the intelligence and military services of the two countries, but “little substance”.

Mr Ahmad observed Pakistan had “all ingredients to self-destruct at any time”. Mr Haqqani noted the US-Pakistan relationship began as an economic necessity for Islamabad after the Partition, but its leaders paid little attention to the economic aspect. He added “the sustenance of relations must be economic and not military”.

Ms Curtis said America’s main concerns for Pakistan were “nuclear safety and possibility of a failed state”. Mr Ahmad said the US had become a party in Pakistan’s current political infighting because of Imran Khan’s allegations, while Mr London warned Pakistan “could go up in flames” any time if elections were not held and some sort of consensus formed.

Mr Haqqani thought the army was still trying to influence political developments, but from behind the scenes. Ms Curtis commented that the army did not expect the massive support for Imran Khan after he was removed and now the political situation would be “an “enormous challenge” for the next army chief, who “must first rebuild consensus” within the institution.

Mr Haqqani predicted the PTI chief “may win, but not sweep” the next elections as he was not as popular as it seemed. Mr Weinbaum and Mr Ahmed disagreed though with the latter adding that PTI supporters will continue to be a “big challenge” for the military.

“Imran Khan has charisma and is capable of tempering anti-American sentiment if he wants to,” remarked Ms Curtis.