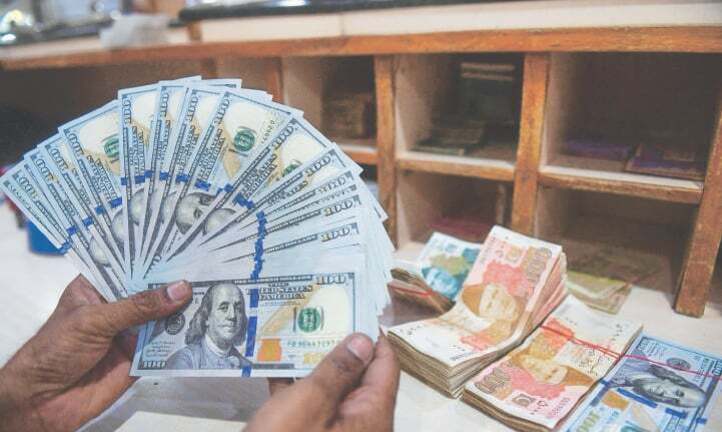 KARACHI: The rupee regained 24 paise against the US dollar on Tuesday but the currency experts were unable to explain this reasonless appreciation.

The State Bank of Pakistan (SBP) reported the dollar closing price at Rs223.42 compared to Rs223.66 on Monday.

Currency dealers in the banking market believe that the rupee’s appreciation after seven days of losses looked artificial as the expected inflows from friendly countries haven’t yet been realised.

The market was depressed since the inflow of remittances, which are the backbone of the economy, has also slowed down while the exchange rate was being influenced by the Ministry of Finance and the central bank.

The worst impact of this low interbank dollar rate has emerged in the form of a grey market while the exchange companies are short of dollars. Kerb market dealers said there was a dearth of sellers only people going abroad were buying greenbacks.

It was also observed that bankers themselves were not convinced with the rates being offered in the interbank market and thought it might be a reason that has caused the diversion of remittances towards illegal channels.

The grey market is offering Rs20 to Rs30 per dollar more than the interbank rate.

Since the grey market is a risk for the remitters, most of the inflows are still coming from banking channels. Also, the SBP and the government are monitoring the development of the grey market mainly because the country has recently been removed by the Paris-based Financial Action Task Force from its greylist.

Though the finance minister and the SBP governor have brushed aside any chance for default on foreign payments, the market response does not support the official stance.

The rupee snapped the dollar’s seven-day rally on Tuesday, but currency experts believe that the local currency’s appreciation is a bubble that may burst in the coming days.

The Exchange Companies Association of Pakistan (ECAP) reported the dollar price as Rs231 in the open market but most of the exchange companies only offer rates without dollars. Few big companies provide a limited amount of dollars.