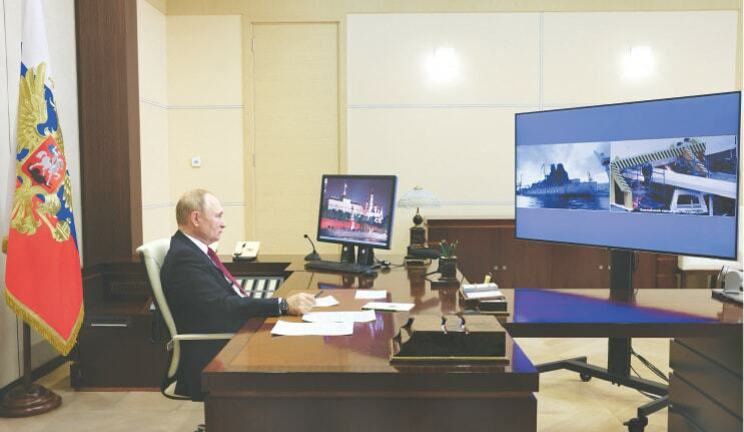 SAINT PETERSBURG: President Vladimir Putin on Tuesday oversaw the launch of a new nuclear-powered icebreaker as Russia pushes to develop the Arctic and seeks new energy markets amid sanctions over Ukraine.

Addressing a Saint Petersburg ceremony for the launch of the Yakutia icebreaker by video link, Putin said such vessels were of “strategic” importance for Russia. In addition to floating out the Yakutia, authorities also symbolically raised a flag on another nuclear-powered icebreaker, the Ural.

The Ural and the Yakutia are part of a fleet of nuclear-powered icebreakers that are meant to ensure Moscow’s dominance over the melting Arctic.

The Kremlin chief vowed to develop his country’s nuclear fleet despite current difficulties in Russia’s economy and production in an apparent reference to Western sanctions over Moscow’s offensive in Ukraine. “We will increase the capabilities of our nuclear icebreaker fleet,” Putin said.

He said this should be achieved “using domestic equipment and components”. The Ural is expected to become operational in December, while the Yakutia will join the fleet in late 2024, Putin said.

The vessels are designed to resist extreme weather conditions in the Far North, have a length of 173 metres (568 feet) and can smash through ice up to 2.8 metres thick.

The Russian leader said the ships were part of Moscow’s efforts “to consolidate Russia’s status as a great Arctic power”.

He once again stressed the importance of developing the so-called Northern Sea Route, which allows ships to reach Asian ports up to 15 days faster than via the traditional Suez Canal.

“This very important corridor will allow Russia to realise its export potential in full, and establish an effective logistics route to South-East Asia,” Putin said. Moscow has for years heavily invested in the route. 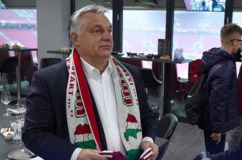