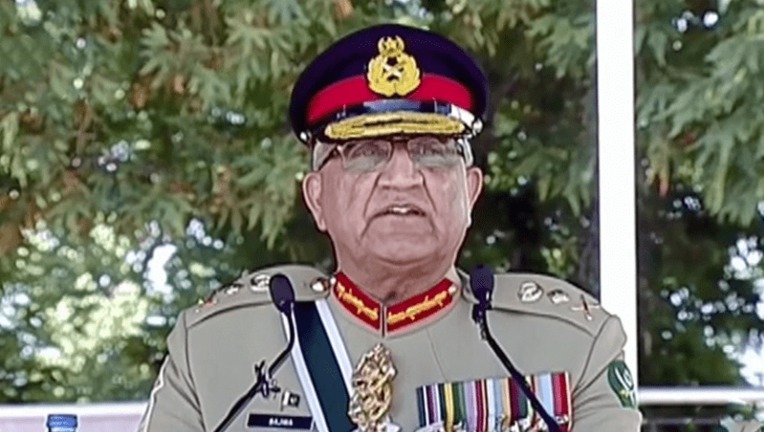 The Defence and Martyrs day ceremony is held annually at the General Headquarters (GHQ) Rawalpindi on September 6 to commemorate the sacrifices of fallen heroes of the 1965 war. However, it was postponed this year in solidarity with flood victims across the country.

At the onset of the event, a tribute video was played about the recent catastrophic floods in the country and the scale of destruction they caused. The video also showcased the military’s rescue, relief and rehabilitation efforts.

Gen Bajwa will be retiring by the end of the month after commanding the army for six years. He was appointed army chief in 2016 for a three-year tenure, which was extended by three years in after parliament legislated on the tenures of services chiefs on the orders of the Supreme Court.