PTI asked to change sit-in venue due to Test match 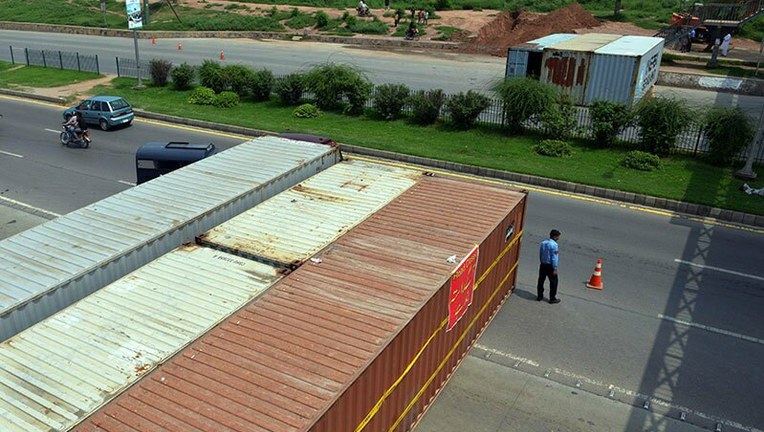 RAWALPINDI: The local administration of Rawalpindi has asked the Pakistan Tehreek-i-Insaf (PTI) to change the venue of its planned sit-in from Faizabad to some other place in the city in order to avoid any inconvenience to the visiting English cricket team who are due to play a Test match at Rawalpindi Cricket Stadium from Dec 1, sources told Dawn on Wednesday.

The request for the change of venue to the PTI had been made by Deputy Commissioner (DC) Rawalpindi Shoaib Ali during a meeting with party’s secretary general Asad Umar and president of the party’s Rawalpindi chapter Wasiq Qayyum Abbasi here on Wednesday.

However, the PTI leader had informed the DC that he would convey the proposal for a new venue to his party leadership and would respond accordingly, the sources said.

According to the sources, the administration had offered the PTI that it could hold the protest either at the historic Liaquat Bagh or the 6th Road Flyover as the two places are away from the cricketing venue.

The administration has made the request to the PTI in the wake of the reports that the PTI may prolong its protest after converting it into a sit-in. Moreover, though the Test match is scheduled to start on Dec 1, the two teams will be required to be transported to the stadium for practice sessions before formal start of the match.

PTI Chairman Imran Khan has given the call to its workers to reach Rawalpindi on Nov 26 in connection with the Haqeeqi Azadi March which he had begun from Lahore on Oct 28.

The PTI’s Rawalpindi president had submitted an application to the DC on Nov 20, seeking for provision of security and other facilities for the planned Nov 26 public gathering or sit-in at Faizabad Intersection on Murree Road. The intersection falls on the way to the cricket stadium from the hotel in Islamabad where the two cricket teams will be staying. The cricket stadium is situated less than three kilometers from Faizabad.

Moreover, the district administration has also asked the PTI leader that the venue of the proposed public gathering or sit-in should not be close to government buildings or sensitive installations in the prevailing security situation.

England’s cricket team is expected to arrive in Islamabad on Nov 27 — a day after the PTI’s planned public gathering or sit-in.

On Tuesday, the PTI chief had reportedly assured the British High Commissioner to Pakistan Christian Turner and Pakistan Cricket Board (PCB) Chairman Ramiz Raja that the forthcoming long march would not disturb the Test series.

The assurance came from the former prime minister during his meeting with Mr Turner and Mr Raja in their joint meeting with him at his Zaman Park residence during which Mr Khan was informed about the importance of England team’s tour to Pakistan.

The British high commissioner and the PCB chairman had also expressed their concerns that the security of the tourists might be compromised in case of political unrest in the country.

After a long gap of 17 years, England toured Pakistan prior to this year’s T20 World Cup to play a seven-match T20 series which the tourists won 4-3.

The English Test team is scheduled to tour Pakistan for the second leg comprising three Tests to be played in Rawal­pindi, (Dec 1-5), Multan (Dec 9-13) and Karachi (Dec 17-21).

Imran Khan, Pakistan’s 1992 World Cup-winning captain, during the meeting was told that the said series was crucial for cricket of both the countries and therefore, it needed to be free from any possible security-related issue.

In response, Mr Khan reportedly assured the two visitors that his party workers would not interrupt the Raw­alpindi Test, and emphasised that his political campaign would not be a security threat for the English team.

It is unconfirmed if Mr Raja had gone to Zaman Park after getting clearance from Prime Minister Shehbaz Sharif, who is also PCB’s patron-in-chief and Mr Khan’s staunch political opponent .

The Rawalpindi city is part of the Punjab government, where PTI is in power. Therefore, arranging and maintaining security in the city is the direct responsibility of the provincial government.

Meanwhile, the Divisional Intellig­ence Committee held a meeting on in Rawalpindi on Wednesday to discuss the security and traffic arrangements for the Pakistan-England Test match. 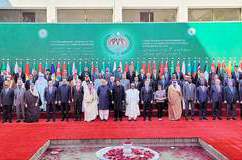