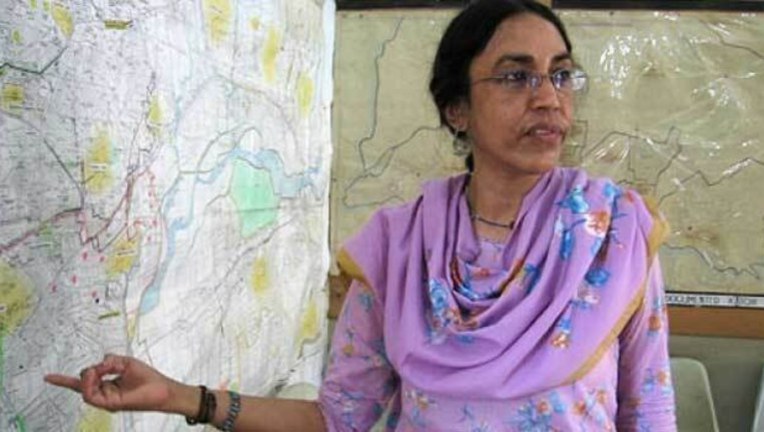 KARACHI: While the provincial government is still considering whether to challenge the Sindh High Court judgement in Perween Rahman murder case, her family is set to approach the Supreme Court next week against the acquittal of five men, it emerged on Wednesday.

On Nov 21, an anti-terrorism appellate bench of the SHC had exonerated the five appellants after overturning their conviction handed down by the trial court in the 2013 murder case.

Sindh Prosecutor General Dr Faiz Shah told Dawn that they were scrutinising the SHC verdict and would file an appeal before the apex court against it only if the valuation of evidence was found to be against the principles settled by the Supreme Court.

Although he did not reject the possibility of filing an appeal, apparently he was not very optimistic about the case.

“Unfortunately, the charge [indictment] of the case was defective as the accused persons were indicted [at the trial] for abetment instead of hatching a conspiracy to kill the victim,” he said.

Talking to Dawn, Aquila Ismail, the complainant of the case and a sister of Ms Rehman, expressed disappointment over the acquittal of the five men as well as their release from prison.

She said she will file an appeal against the SHC verdict before the apex court next week.

She said that the family had requested the Sindh government to detain the accused persons under the Maintenance of Public Order Ordinance, 1960 or under any other relevant law, but they had been set free just a day after the judgement of the high court.

Ms Ismail maintained that all the accused persons were “hardened criminals” and residing close to the office of the Orangi Pilot Project and “posing imminent threat” to the family of Ms Rahman as well as around 100 staff members working at the OPP.

“We have been left with no option, but to approach the apex court,” she said and added that it was also the responsibility of the Sindh government to impugn the SHC verdict before the Supreme Court.

“We are living under a constant fear after the release of the accused persons from prison,” she added.

Perween Rahman, a renowned social worker and former head of the OPP, was gunned down near her office on Manghopir Road on March 13, 2013.

After a marathon trial, in December 2021 an antiterrorism court had sentenced Rahim, Amjad, Ayaz and Ahmed to life imprisonment after founding them guilty of facilitating, aiding and abetting the outlawed Tehreek-i-Taliban Pakistan for the murder of the rights activist. The fifth accused got seven-year imprisonment on charges of concealing evidence.

However, all the convicts filed appeals before the SHC and after hearing the parties concerned and examining the record, the SHC allowed the appeals and set aside the conviction order of the ATC.

The prosecution said that some of the detained accused during interrogations confessed to their involvement in the crime and said that local leaders of the Awami National Party had hired Taliban militants to kill Ms Rahman.

Ayaz and Rahim, local leaders of the ANP, were living near the OPP office and tried to obtain a designated area to build a karate centre, but Ms Rahman refused to allow it, it added.

The prosecution further said that all the accused persons were present in a meeting held in January 2013 at the residence of Rahim in which they planned the assassination of Ms Rahman, adding that they hired local commander of TTP, Moosa and Mehfoozullah alias Bhaloo, to kill her.

The police claimed that two other accused in the case — Qari Bilal and Mehfoozullah — had already been killed while Moosa, Shaldar Khan and others were at large.

Several joint investigation teams were constituted to probe the matter on the directives of Supreme Court after a judicial inquiry report, placed before the SC in 2014, recommended that the murder be reinvestigated by an efficient, independent and honest police officer. It had expressed dissatisfaction over the probe stating that the police investigators had not hesitated to manipulate key aspects of the investigation.