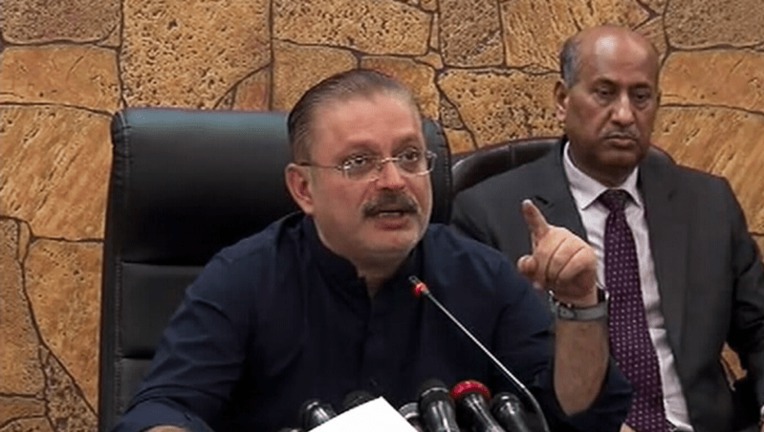 KARACHI: Expressing “annoyance” over the K-Electric for slow pace of work to relocate underground utility lines along the route of the Red Line Bus Rapid Transit (BRT) project, the Sindh government on Wednesday directed the power utility to expedite its work, mainly on University Road, so that the mega project could be timely completed.

Sindh Information, Transport and Mass Transit Minister Sharjeel Inam Memon also directed the KE and other utility companies to gear up the shifting of their underground lines.

He expressed these views while chairing a meeting with the officials of utility companies including KE regarding the Red Line BRT project.

“KE should fulfil its obligations of relocation of its installations in time so that this project of public interest could be completed on time,” said the minister.

“Red Line is an important public project and any delay in its completion due to the KE will not be tolerated,” he warned.

The minister directed the transport secretary, commissioner and chief of TransKarachi, which is the executing agency of the project, to convene a meeting with the chief executive officer of the KE to resolve the issue of transfer and relocation of line.

Minister Memon also ordered the Karachi administration to remove all encroachments along the Red Line corridor within seven days.

He said that the transport department was working day and night for the timely completion of public transport projects in Karachi.

Currently, traffic jams especially on main University Road have become a routine feature due to construction work of the Red Line project. Motorists and commuters faced hardship and agony on a daily basis while passing through University Road.

Apparently, the minister was also aware of such complaints. He directed the project executing agency to make alternative routes on the Red Line project in a better way so that citizens would not suffer.

Later in the evening, a KE spokesperson stated that the power utility sought from the city authorities the right-of-way permissions and cost of shifting of the electricity network. “We aim to swiftly move on this as soon as requisite support is extended from the authorities concerned.”