ISLAMABAD: Parliamentary Committee on Judges Appointment on Wednesday approved recommendations of the Judicial Commission of Pakistan (JCP) for the confirmation of three judges of the Islamabad High Court (IHC).

The committee, however, took notice of the complaints of the legal fraternity against the behaviour of a lady judge and decided to write a letter to the JCP.

The meeting of the committee was convened under the chairmanship of Senator Farooq H. Naek.

The JCP, headed by Supreme Court (SC) Chief Justice Umar Ata Bandial, in a meeting held on Nov 8 recommended confirmation of three additional judges of the IHC, which the parliamentary committee unanimously approved.

The committee, however, perused the complaints of lawyers’ bodies against the behaviour of Justice Saman Rafat Imtiaz.

Sources privy to the meeting told Dawn that the committee decided to write a letter to the JCP for taking some remedial measure to resolve the issue.

Sources said it had been decided that the SC chief justice may be asked to convey to the IHC chief justice to “monitor and mentor” the judge in order to ensure that her behaviour with the other lawyers was courteous.

It may be mentioned here that former IHC chief justice Athar Minallah shortlisted the above mentioned judges for the IHC in Nov last year.

Upon his recommendations, the JCP proposed their confirmation as a confirmed judge of the high court. Sources close to the JCP said the commission also examined similar complaints during its meeting of Nov 8 for confirmation of judges.

A member of the JCP explained the reality of Pakistani society and pointed out that unlike male judges, female judges could not even smile facing lawyers and were required to be firm instead, sources said.

JCP member Justice Syed Mansoor Ali Shah pointed out that some female judges of the Lahore High Court (LHC) were also criticised by the lawyers over their firm behaviour, the sources added.

The JCP concluded that unfriendly behaviour of a lady judge should not be an impediment in her confirmation of service and unanimously recommended confirmation of Justice Imtiaz and other two judges, they said.

Justice Imtiaz obtained her law degree from the University of Richmond, Virginia, US, after completing her undergraduate in business administration from the American University in Dubai. She has been practicing law in Karachi since 2004.

Justice Tahir is a senior lawyer from Balochistan and is currently working as the advocate general of the province. Justice Khan did his Bachelors in Jurisprudence from the University of Oxford. He then qualified as Barrister-at-Law from Lincoln’s Inn and enrolled as an advocate of the Lahore High Court in 1994. His father, Sardar Ishaq Khan, was a leading criminal law expert of the country. 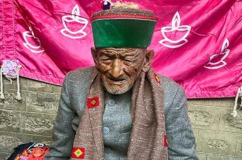