The same would be presented before Islamabad High Court (IHC) on Friday. Earlier, during the last hearing held on Monday, the IHC had expressed displeasure over “conditional approval” granted by the environment agency on EIA.

IHC Justice Miangul Hassan Aurangzeb had observed that there was no provision in environmental laws regarding “conditional approval” for any project. However, Pak-EPA on Thursday approved the EIA.

“Pakistan Environmental Protection Agency accords its approval on EIA report under section 12 of the Pakistan Environmental Protection Act, 1997 subject to the following conditions under Regulations 13(1) of the Regulations 2000,” read the approval, issued by director general of Pak-EPA. The approval has 20 conditions as well, which will have to be fulfilled by CDA, such as proponent shall constitute Environmental Management Committee, which will submit quarterly compliance report to EPA and proponents shall ensure that a plantation plan is developed.

The IHC will resume hearing of the case filed by five faculty members of Quaid-i-Azam University (QAU) against the construction of the bypass within the university’s premises.

The IHC had issued a stay order, barring CDA from construction of a portion of the bypass road, which crosses through QAU land.

Earlier, the CDA submitted a reply to EPA and later on Nov 18, a public hearing was held which was opposed by faculty members and students of QAU and supported by representatives of residents of Bhara Kahu and Murree.

The QAU faculty and students have been asking CDA not to create a portion of the road from the university’s area. The students have been protesting and on Thursday too, they staged a protest demonstration outside National Press Club (NPC) against the said project.

On the other hand, the CDA had been stating that the project is meant for the public at large as it will provide relief to millions of travellers.

The CDA has been saying that it had already issued an offer letter to provide 225 kanals of alternate land to the university.

Prime Minister Shehbaz Sharif on Sept 30 laid the foundation stone of the Bhara Kahu bypass and directed the National Logistics Cell (NLC) to complete the project in three months.

The 5-km-long road (including a 1-km flyover) will start from Murree Road near QAU stop and culminate on Murree Road near the Jugi bus stop adjacent to Punjab Cash and Carry from where a flyover will begin which will end outside Bhara Kahu bazaar towards Murree. 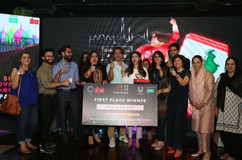