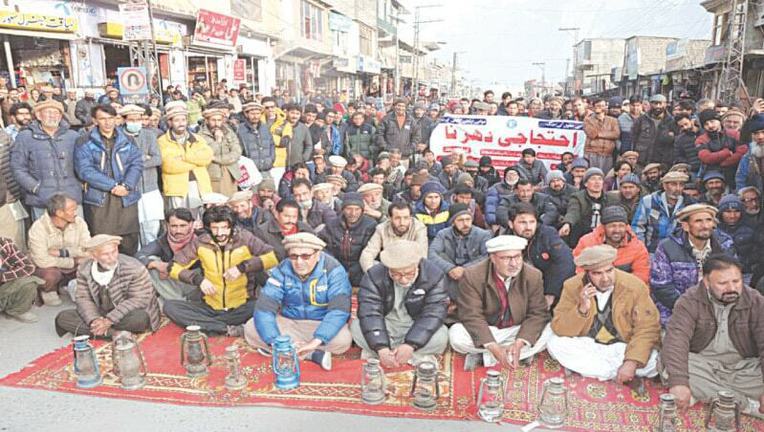 GILGIT: People took to the streets in Skardu on Monday to vent their rage over long power cuts and wheat shortage in Gilgit-Baltistan region.

The protesters, holding lanterns, staged a sit-in on the town’s Hussaini Chowk, chanting slogans against the government.

A large number of political and social activists took part in the sit-in, responding to a call by the Baltistan Awami Action Committee.

A spokesman for the committee said Skardu was facing power outages lasting as long as 22 hours, amid freezing temperatures.

The protesters raised slogans against the government of Gilgit-Baltistan, condemning it for “indifference to our torment”.

Another problem confronting the populace is wheat shortage. According to Najaf Ali, who heads the Awami Action Committee, and Ghulam Hussain Athar, president of the Anjuman Tajran-i-Skardu, subsidised flour had almost vanished from the market as the federal government had curtailed supply to the region.

They lamented that elected representatives paid no heed to bread-and-butter issues and most of them make themselves scarce whenever the people face hardship.

“Instead of solving people’s problems, they have flown to Islamabad to escape public wrath,” Najaf Ali said.

The Awami Action Committee intends to call a conference of major parties in Gilgit-Baltistan to thrash out a plan to mitigate the people’s misery, he added.

The protesters warned the government that if their demands were not met within 10 days, they would consider intensifying their campaign.

“Public representatives are living like royalty, but hapless voters are running from pillar to post for resolution of their problems,” a demonstrator bemoaned while talking to Dawn.

“Gilgit-Baltistan is a picture of bad governance these days.” 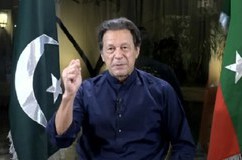 ‘Peaceful or destructive’, change to come at any cost: PTI chief