India has turned down the visas of the Pakistan blind cricket team for the ongoing T20 World Cup on “political grounds”, it emerged on Tuesday.

In a statement, the Pakistan Blind Cricket Council (PBCC) said India had denied the team the visas for the tournament which is taking place in the neighbouring country from Dec 5 to 17.

“This unfortunate incident has left the Pakistan blind cricket team in the lurch,” the council said, pointing out that the country had been runners-up in 2012 and 2017.

The statement comes days after the Indian Express reported that the Pakistani team would soon be issued visas in order to participate in the competition. The report quoted Cricket Association for the Blind in India President Mahantesh GK as saying the Indian Ministry of External Affairs (MEA) was working in this regard.

The official also expressed confidence that the team would receive their visas. According to the report, the two teams’ clash was scheduled for December 7 (tomorrow).

In the statement issued today, the PBCC highlighted that Pakistan had beaten current T20 world champion India five times consecutively during two tri-nation competitions in 2021 and 2022, winning both the events.

“It was highly likely that Pakistan and India would have locked horns in the final of [the] ongoing World Cup and considering the current form of [the] Green Shirts, Pakistan had high chances to win the World Cup,” the statement said.

The PBCC went on to say that as per the information available, the Indian MEA had denied the players clearance on “political grounds”.

“The PBCC strongly [condemns] this discriminating act of India as sports should be above regional politics […] Our counterpart Blind Cricket Association in India pleaded [with] their government for Pakistan’s clearance but nothing was heard.”

The statement added that the Indian government’s “hatred” of Pakistan had also violated the United Nations Convention on the Rights of Persons with Disabilities.

“This discriminating act will have serious consequence[s] on global blind cricket as we at World Blind Cricket will take stern action against them and may not allow India to host future International events,” the statement said. 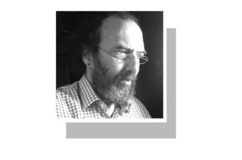 Propaganda in films is old hat