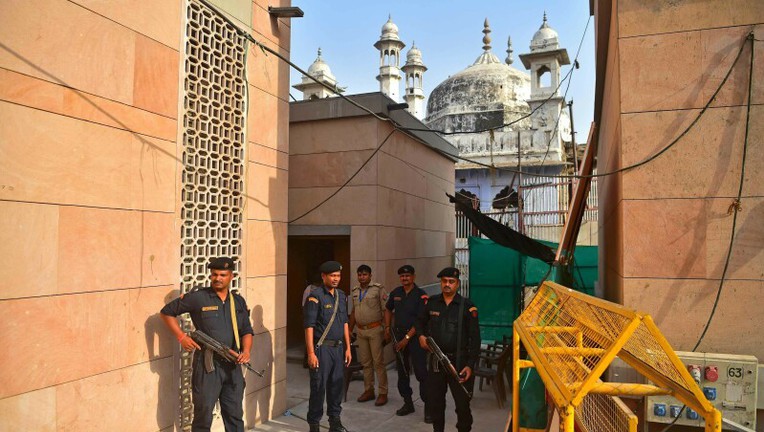 The Foreign Office expressed concern on Tuesday about a reprisal of further “tragedies” in India like the Babri mosque incident on the occasion of its 30th demolition anniversary.

The demolition had sparked nationwide riots that killed more than 3,000 people in a decades-long dispute that has fueled Hindu-Muslim tension.

In a press release today, the FO said that Indian Hindu supremacist groups were demanding the conversion of some other mosques into temples, including Varanasi’s Gyanvapi mosque.

“There is a persistent assault on the religious freedoms of Indian Muslims. The ruling party in India continues to incite hysteria and hatred against Muslims,” the press release reads.

The FO noted that the anniversary was “a sad reminder of the growing anti-Muslim frenzy in India ever since.”

“We condemn the ongoing construction of a Hindu temple on the site of the demolished mosque, and the acquittal of the criminals responsible for its destruction.”

The FO called upon the Indian government to “ensure that the Babri mosque is rebuilt on its original site” and those responsible for this destruction were awarded a “befitting punishment”.

The press release pointed out that the Organisation of Islamic Cooperation had also made the same demands through its various pronouncements.

The FO said the Indian government needed to ensure the safety, security and protection of minorities, particularly Muslims and their places of worship.

Prime Minister Shehbaz Sharif also marked the occasion, saying that a “process of revisionism put into motion by Hindu extremists has now become a living nightmare for Indian Muslims and other minorities.”

He said the world needed to notice rising religious hatred in India.

Emboldened under Hindu nationalist Prime Minister Narendra Modi, aided by courts and fueled by social media, the fringe groups believe the sites were built on top of Hindu temples, which they consider representations of India’s “true” religion.

Currently, most in danger is the centuries-old Gyanvapi mosque in Varanasi, one of the world’s oldest continually inhabited cities, where Hindus are cremated by the Ganges.

Gyanvapi mosque, located in Modi’s constituency, is one of the several mosques in northern Uttar Pradesh that Hindu hardliners believe — in common with some other religious sites — was built on top of demolished Hindu temples.

Some groups have even set their sights on Unesco world heritage site the Taj Mahal, India’s best-known monument attracting millions of visitors every year.

Despite no credible evidence, they believe that the 17th-century mausoleum was built by Mughal emperor Shah Jahan on the site of a Shiva shrine.

But while the demolition of the Taj Mahal remains — for now, at least — a pipe dream of the fundamentalists, other sites are also in the crosshairs.

They include the Shahi Eidgah mosque in Mathura, built by the Mughal emperor Aurangzeb after he attacked the city and destroyed its temples in 1670. The mosque is next to a later temple built on what is believed to be the birthplace of the Hindu god Krishna.

Another is Delhi’s Qutub Minar, a 13th-century minaret and victory tower built by the Mamluk dynasty, also from Central Asia. Some Hindu groups believe it was constructed by a Hindu king and that the complex housed more than 25 temples.