LAKKI MARWAT: The local elders on Thursday announced observe complete shutdown and wheel-jam strike in Bannu against the killing of three businessmen as talks with a government team remained inconclusive.

A government team comprising Commissioner Mateeullah Jan, Regional Police Officer Syed Ashfaq Anwar, Deputy Commissioner Aun Haidar Gondal and other officials held talks with the elders to convince them to end their protest against the murder of the traders belonging to Bannu, who had been killed in North Waziristan district on last Monday night.

The commissioner told the elders that administration and law enforcement agencies were making strenuous efforts to arrest the killers of traders. He said that the killers would be brought to justice soon.

Malik Sherin Malik Wazir, an elder of Bakkakhel tribe, and others told the government team that they would observe the strike against the killing of traders today (Friday). They said that lawlessness prevailed in southern districts including Bannu as incidents of targeted killing were common.

They said that armed groups were active in the township and Domel areas. They said that law enforcement agencies should take action against them. They said that the residents of the district would continue a protest camp at Hafiz Abdul Sattar Shah Bukhari Chowk until the killers of traders were arrested.

They also asked the government to announce a compensation package for the families of slain businessmen.

KILLED: Two people including a teenager were killed in separate firing incidents in Lakki Marwat on Thursday.

Police said that Shaukatullah, 28, was killed by his rivals in Eesakkhel village over old enmity. Gul Ahmad, father of the deceased, nominated Zahidullah and Inshaullah in the FIR.

Separately, a bullet-riddled and beheaded body was found along a roadside near Wanda Shahabkhel in KurrumPar area. The deceased was later identified as Tariq Zaman, 19, a resident of Wanda Shahabkhel village.

Motabar Khan, father of the slain teenager, told police that his son had left home on Wednesday evening to attend a dinner. He said that his family had no enmity with anyone.

DEBATE: The youth affairs department organised a debate competition for the university students here on Thursday.

Haider Ali, a student of BBA, stood first in the completion while Ramin Rana and Habibur Rehman of the political science department secured second and third positions, respectively. 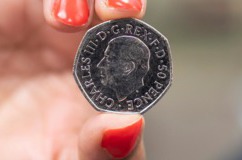