EU, UK and US impose new sanctions on Tehran over protests 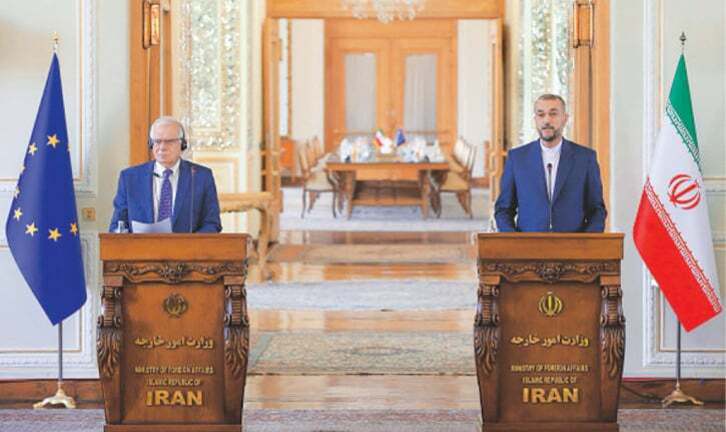 TEHRAN: Relations between Iran and Europe have deteriorated sharply, with the EU and Britain ramping up sanctions against the Islamic republic over its response to more than four months of protests.

Separately, the United States on Monday imposed sanctions on Iran’s Islamic Revolutionary Guard Corps Cooperative Found­ation and senior Iranian officials, stepping up pressure on Tehran over its crackdown on protests.

Iran’s ties with the West have long been tense, over issues ranging from its contentious nuclear programme to its role in regional conflicts and the detentions of foreigners and dual nationals.

But ties have taken a turn for the worse as Iran has moved against what it labels “riots” sparked by the death of Mahsa Amini, 22, after her arrest for allegedly breaching Iran’s dress code for women.

Tehran has been infuriated by what it considers the tough stance taken by Britain, France and Ger­many, and accused Western powers of “inciting the protests and riots”.

The EU on Monday launched its fourth round of sanctions against Tehran since the protests started, placing 37 more Iranian officials and entities on an asset-freeze and visa-ban blacklist.

The 27-nation EU has so far, however, stopped short of blacklisting Iran’s Islamic Revolutionary Guard Corps as a terrorist group, despite calls from Germany and the Netherlands to do so.

Iran has warned the bloc against such a step, and some EU officials are wary that it could kill off stalled attempts to revive the 2015 deal on Tehran’s nuclear programme.

EU foreign policy chief Josep Borrell insisted there needed first to be a legal ruling in an EU member state before the bloc could make the move.

Several European countries are also mobilising to obtain the release of their nationals detained in Iran, some held on spying charges.

Belgium and France, which both have citizens behind bars in Iran, on Monday denounced what they labelled Iran’s “policy of hostage taking”.

Western countries have also accused Iran of supplying armed drones to Russia specifically for use in the war in Ukraine, a claim Tehran has denied.

The view from Iran

Tehran has been angered by Europe’s strong criticism since the start of the protest movement sparked by the death of Iranian Kurd Amini.

The Islamic republic’s senior officials on Sunday accused the Euro­peans of waging “a hybrid war against the Iranian nation” on psychological, media and economic fronts.

Germany has also “adopted tough and radical positions against Iran”, according to Fayaz Zahed, an Iranian professor of international relations at Islamic Azad University in Tehran. This stood in contrast with the days when Angela Merkel was chancellor and Berlin was a pillar of maintaining dialogue with Tehran, he said.

“The issue of Iran has become central in Western public opinion so that it has become difficult for governments to normalise their relations with Tehran,” he argued.

Iranian foreign ministry spokesman Nasser Kanani charged that “some European countries, inclu­ding Germany, have chosen the path of provocation to incite the protests and riots” in order to “stir up instability” in Iran.

Iran’s top diplomat Hossein Amir-Abdollahian on Sunday contrasted the stance of its longtime arch foe the United States with what it considers a more hostile position taken by Britain, France and Germany.

Can the crisis get worse?

Iranian political analyst and broadcast journalist Abbas Aslani predicted the EU will back off a terror listing for the Guards because “it risks opening another crisis, in particular in the field of energy, in the midst of the war in Ukraine”.

Talks have been stalled for many months, meanwhile, on reviving the frayed nuclear deal under which Iran was promised sanctions relief in return for limits on its nuclear programme. 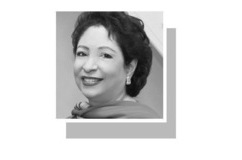