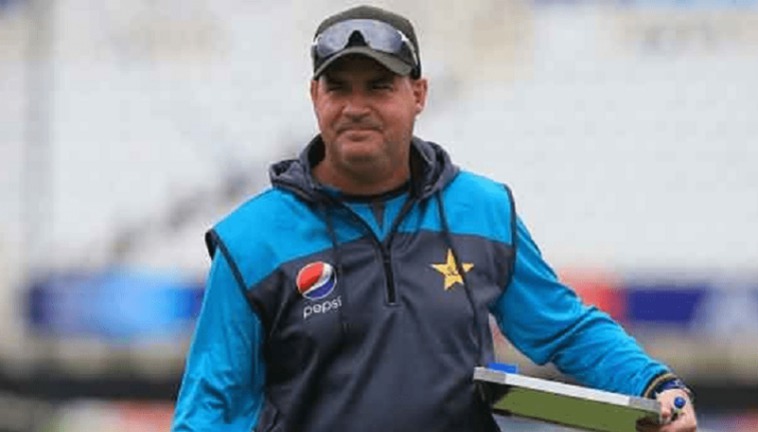 LAHORE: Mickey Arthur’s appointment as the Pakistan head coach is still on the cards despite the country’s cricket board ruling it out earlier this month due to the South African’s contractual obligations with English County side Derbyshire.

But Najam Sethi, the chairman of the Pakistan Cricket Board’s interim Manag­ement Committee, said on Monday he is still negotiating with Arthur to take up the role which will be vacant when current head coach Saqlain Mushtaq’s contract expires next month.

“I never closed Mickey Arthur’s chapter and it hasn’t been closed so far as well,” Sethi said during a press conference here at the Gaddafi Stadium on Monday, where he also announced the appointment of Haroon Rashid as the chief selector.

“I am in negotiations, personally, with Mickey and I think 90 per cent of the distance has been covered and hopefully, very soon, we may give you the news that Mickey will be joining us. But as of now, it’s not settled, there are still some issues.”

Sethi hinted that Arthur, if appointed eventually, will have the authority to bring in support staff of his own choice and that the PCB will make sure it could afford them. “These issues will be resolved in the next two to three days,” said the board’s interim chief.

Following Sethi’s return at the helm of the PCB after Ramiz Raja was ousted as the chairman in Dece­mber last year, speculations over Arthur’s appointment as the Paki­stan head coach for a second stint had risen before Sethi confirmed he was in talks with the coach.

Those talks, however, seemed to have fallen apart when the PCB in a statement said the option to hire Arthur as either a coach or “as a consultant to the PCB on a time-sharing basis with Derbyshire” was “proving difficult to materialise for various reasons on both sides”.

During Arthur’s tenure as the Pakistan coach between 2016 and 2019, Pakistan won the ICC Champions Trophy in 2017 and became the number one side in the Twenty20 international rankings.

The 54-year-old, however, felt out of favour after Pakistan narrowly missed out on making the semi-finals of the 2019 World Cup in England. Arthur, who has also coached his native South Africa, Australia and Sri Lanka, is currently serving as the head coach of Derbyshire on a three-year contract.

Arthur’s potential return to the Pakistan camp will coincide with a fairly heavy international calendar for the side this year, which includes the 50-over World Cup in India and a tour to Australia.

The task of naming the squads for the high-profile assignments will fall to former Test player Haroon and the other members of the selection committee, who will be announced in due course.

Haroon had been working as one of the members of the interim Man­a­gement Committee so far but resi­g­ned from the post before being named the chief selector. He was also a member of the now-dissolved interim selection committee under former Pakistan captain Shahid Afridi.

For the 69-year-old, this will not be the first time in the role. He also served as the chief selector in 2015-16 and has also worked as the PCB’s director of cricket operations.

Haroon’s first assignment will be to pick the Pakistan squads when the side hosts New Zealand for five Twenty20 Internationals and as many one-dayers in April-May, a week after the culmination of the eighth edition of the HBL Pakistan Super League.

Pakistan will also feature in the Asia Cup in September and are scheduled to play two Tests in Sri Lanka in July.

“One of the key aspects I will like to focus on my time will be improving communication,” Haroon was quoted as saying in a PCB statement. “This is a critical area as the players need to have absolute clarity on why they have been selected or not selected, which, in turn, will help them to deliver the desired results, work harder on their skills and remain motivated.”

The fate of the Asia Cup, though, is yet to be finalised with Pakistan’s status as the tournament’s hosts uncertain. To resolve the matter, Sethi said the PCB has convinced the Asian Cricket Council to call up an emergency meeting in Bahrain on February 4.

The PCB was awarded the hosting rights of the continental tournament following the ACC’s Executive Committee meeting in October 2021 but a statement by the body’s president Jay Shah a year later, in which he said the tournament will be held at a neutral venue as the Indian team was inability to visit Pakistan, vexed the PCB.

“There hadn’t been an Asian Cricket Council board meeting since a while and all kinds of decisions were being made, some of which we challenged as well,” said Sethi. “The good news is that we have convinced ACC for a board meeting and I will be attending it.”

Sethi also revealed that Pakistan will be taking on Afghanistan for a three-match T20I series in the UAE a week after the PSL and before the New Zealand games.

The series, he said, was subject to government approval, but will most probably go ahead.

“We will share the profit [from the series] equally between us and will also divide the broadcast and other expenses,” Sethi said of his dealing with the Afghanistan Cricket Board.

Sethi also expressed his pleasure over the revocation of the demerit point that was awarded to the Rawalpindi Cricket Stadium after Pakistan’s first Test against England in December.