The fanfare and hullabaloo 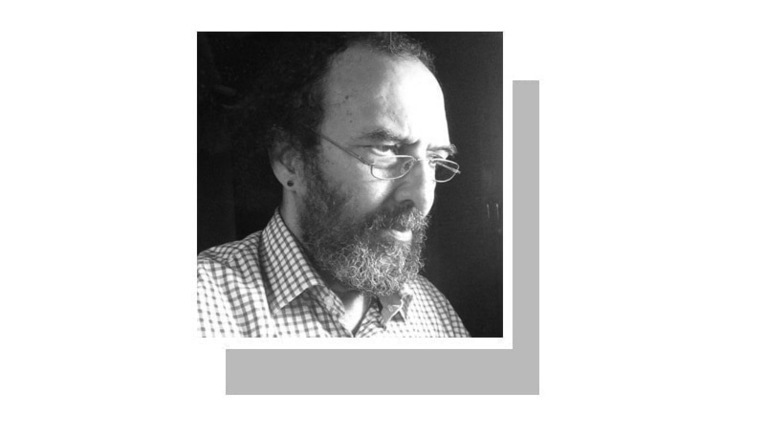 Opposition parties have slammed India’s ban on a new BBC documentary about the Gujarat pogroms of 2002, when Prime Minister Narendra Modi was the new chief minister of the state, having won his laurels in the Hindutva campaign to raze the Babri mosque. There’s apparently a second instalment in the offing to the documentary India: the Modi question.

India’s foreign ministry called the report a propaganda piece that reflected the BBC’s colonial mindset. The information ministry invoked emergency powers to ban its transmission on YouTube and Twitter, while the BBC showed it only in the UK.

Accusing the BBC of having a colonial mentality is a laughable idea though. Its former bureau chief in Delhi, the fabled Mark Tully, stands decorated with the Padma Shri and Padma Bhushan awards, two among the highest the Indian state gives.

Anyone familiar with the globally applauded documentaries by Anand Patwardhan on the working of neo-fascist Hindu groups, or the sting videos pouched by Ashish Khetan — particularly the terrifying confession of a bloodthirsty Hindutva activist in Gujarat — or if they’ve read the investigative work on the backstage of the killings in Rana Ayyub’s Gujarat Files: Anatomy of a Cover Up, would struggle to find anything new in the BBC documentary. Yet a reiteration of known facts in an era of media blackout can rekindle an ever-needed debate on a virtually shunned subject.

The BBC documentary suggests that the post-Godhra violence was allowed to spread callously.

Other compelling investigations by NGOs and public intellectuals include support of former senior judges against the communal carnage under Mr Modi’s watch. Most notably, the widow of slain former MP Ehsan Jaffri has not given up on her pursuit of justice, hoping the supreme court would review its closure. Mr Modi’s loyalists see the apex court’s conclusions as tantamount to giving him a clean chit. Some would see it as a bit stiff coming from those that criminally defied the same supreme court to destroy the 17th-century Babri mosque in Ayodhya.

Compelling evidence that investigative Indian journalists have uniformly thrown up on Ayodhya and Gujarat ought to leave no reasonable person in any doubt about the authors of India’s neo-fascist violence. This is not to take away from the tragic fire that killed 59 Hindu pilgrims in a train coach in Godhra on Feb 27, 2002. The tragedy is cited as the trigger for the ensuing anti-Muslim violence that engulfed Gujarat so ferociously. Conflicting official reports say the fire was an accident and that it was deliberately caused by a mob of irate Muslims. Luckily, no official has publicly justified the action-reaction rationale flaunted by BJP leaders.

The BBC documentary suggests that the post-Godhra violence was allowed to spread callously and it quotes a secret British embassy report that assessed Mr Modi to be directly responsible for not letting the police intervene. A book by a former Indian army general corroborates the claim. Retired Lt-Gen Zamiruddin Shah says in his memoirs that his troops were made to wait for a critical length of time as the Gujarat authorities failed to use them for an entire day.

The secret report seems to be the point of departure in the BBC documentary. It features an interview with then foreign secretary Jack Straw, who slammed the lack of accountability for the violence. Mr Straw noted that though Tony Blair had regretted leading Britain to a horrific misadventure in Iraq, a similar mea culpa was absent in Gujarat. Mr Straw also made an unusual departure for a British politician by admitting in an interview that British rulers knowingly pitted Muslims against Hindus as a policy to rule the restive colony.

Two possibilities come to mind for the extreme measure of banning the documentary. The access that BBC was given to a hitherto secret official dossier on Gujarat’s communal killings makes one wonder if the report was merely a journalistic enterprise. Mr Straw claimed in an interview with Karan Thapar that he went public for his constituents, who include a sizeable number of Muslims from Gujarat. The claim doesn’t wash given the timing of the documentary. Why now?

Since British governments don’t easily part with confidential files, could the proverbial deep throat’s motives have been less obvious than the one cited by Mr. Straw? One possibility has been widely discussed. It has to do with Mr Modi’s proximity with Russia becoming a burden for his Western allies. Are Mr Modi’s fabled relations with President Putin recoiling on him?

The BBC’s findings could damage Mr Modi abroad also by adversely impacting his popularity in the diaspora. It could take away some of the sheen too from his much-advertised presidency of the G20 this year; in which case, who would want this to happen?

A strange signal in this regard came from a US State Department official recently, who added Mr Modi’s name to an infamous list of leaders given US visas. The list included the Saudi crown prince, who was once called names by President Biden but was now being courted at least partly for what his administration hopes to persuade him to do: become Israel’s ally, making it easier for Tel Aviv to release its lethal arms to Ukraine.

Would the BBC report have any direct bearing on Mr Modi’s election campaign for nine state assemblies this year and general elections in 2024? The answer is a clear no. Considering that excellent exposés on Mr Modi’s communal politics in the Indian media couldn’t dent his march, how would an unseen BBC documentary find any traction? The only golden key to an opposition triumph lies in a chronically elusive opposition unity.

Another potential impact of the documentary might be felt in Britain itself, where the majority of Indian and Pakistan diaspora have traditionally frowned on communal polarisation. A recent flare-up in Leicestershire threatened to breach that peace. The documentary could be handy in reining in entrenched hotheads on both sides.

The writer is Dawn’s correspondent in Delhi. 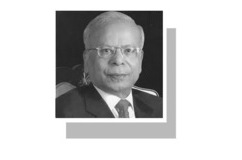 The ‘awam’ and reform