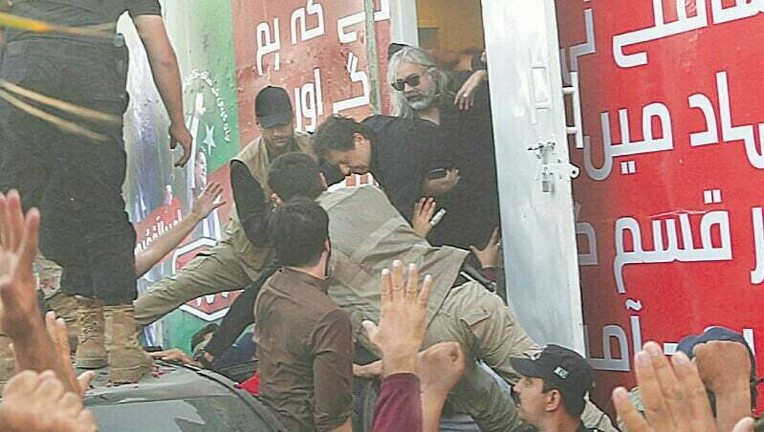 ISLAMABAD: More than three months after the assassination attempt on the life of PTI Chairman Imran Khan, the federal government on Monday formed a new team to probe the attack.

According to a notification issued by the interior ministry, the JIT will be headed by Pakistan Railways Inspector General Rao Sardar Ali Khan. Other members included Punjab Police DIG Kamran Adil and representatives of the Inter-Services Intelligence, Intelligence Bureau and Military Intelligence.

The approval of the federal cabinet was sought through circulation before the notification was issued.

According to the notification, the JIT has been constituted under Section 19(1) of the Anti-Terrorism Act (ATA), 1997.

A PTI worker died and 14 others, including former prime minister Khan, were injured when “a gunman” opened fire at Wazirabad’s Allah­wala Chowk during the party’s long march against the federal government in November 2022.

After the attack, Mr Khan blamed Prime Minister Shehbaz Sharif, Interior Minister Rana Sanaullah and a high-ranking officer of the Inter-Services Intelli­gence for planning the attack and attempted to nominate them in the case.

Since then, several PTI leaders, including the chairman, have reiterated that the attack was a part of a “well-coordinated” plan executed by at least three shooters to eliminate Imran Khan.

A JIT, formed by the Punjab government, reportedly concurred with Mr Khan’s claims that the attack was carried out from three different shooting sites.

The team, which has been reconstituted twice, was headed by Lahore CCPO Ghulam Mehmood Dogar.

They were put under scanner after an official letter written by the officers carrying divergent views from the head, CCPO Dogar, surfaced in the media regarding the number of shooters involved in the Wazirabad attack.

Meanwhile, the PTI rejected the team and questioned how the prime minister and the interior minister, who were themselves accused of being behind the attack, could constitute an investigation team.

In a statement, PTI Central Information Secretary Farrukh Habib said efforts were afoot to save powerful persons behind the attack.

“We will neither accept any such JIT nor any report submitted by the JIT,” Ms Bokhari said in a tweet.

The attack on former prime minister Imran khan was a serious crime and its interrogations should be carried out with fairness and impartiality, she added.

PTI Additional Secretary Information Hasaan Khawar said the JIT was not formed to solve the case, but to cover it up.

“As the chief minister changed in Punjab, the Centre formed the new JIT, not for solving the case, but to cover it up,” he tweeted a day after Mohsin Naqvi took oath as caretaker chief minister after he was appointed by the Election Commission.

He said the JIT formed to “distort facts” has no value.