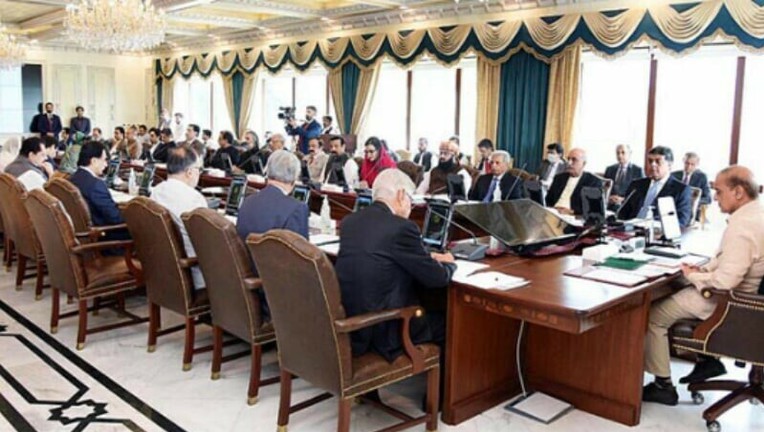 ISLAMABAD: Prime Minister Shehbaz Sharif has called a meeting of the federal cabinet on Tuesday in which some significant economic decisions are expected to be taken.

Although the agenda of the meeting was not issued till the filing of this report, sources in the PM Office said some significant economic decisions would be taken to revive IMF programme, while Monday’s countrywide power outage will also be discussed.

The cabinet will also consider the PTI’s threat to take to the streets against the appointment of Syed Mohsin Raza Naqvi as caretaker Chief Minister of Punjab.

Earlier, Prime Minister Sharif hailed the appointment of Mr Naqvi as the caretaker CM and felicitated him.

In a statement, the PM welcomed the decision and expressed the confidence that all requisites for holding a free and fair election would be fulfilled.

Meanwhile, the prime minister prayed for the early recovery of Minister for Climate Change Sherry Rehman.

The prime minister expressed sympathies and good wishes for the minister who underwent a surgery for her injured hand.

He prayed for early recovery of the minister to enable her to resume her official responsibilities at the earliest.