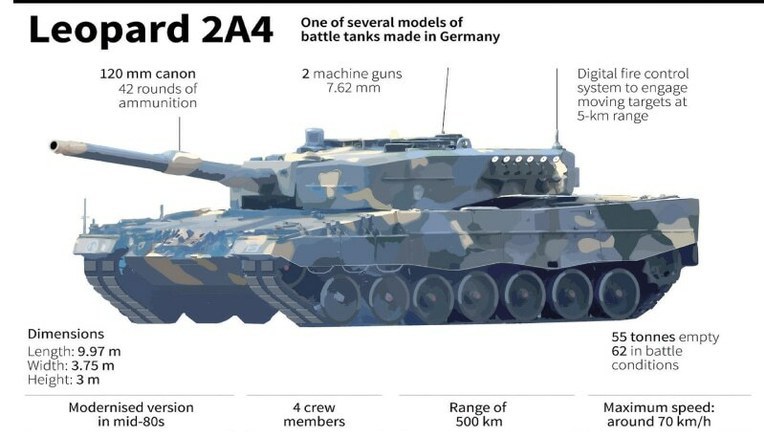 WARSAW: Poland’s prime minister said on Monday his government would ask Germany for permission to send Leopard tanks to Ukraine — and planned to send them whether or not Berlin agreed.

The Kyiv government wants the German-made Leopard 2 tank to break through Russian lines and recapture territory this year. Pressure on Berlin — which must approve re-exports of the Leopard — also came from EU foreign ministers meeting in Brussels. Latvia’s foreign minister said “there are no good arguments” why the battle tanks could not be provided.

The issue has dominated recent discussions among Western allies about how much and what sort of material aid they should give Ukraine as the first anniversary of the Russian invasion nears.

Polish Prime Minister Mateusz Morawiecki, whose country neighbours Ukraine, said on Monday Warsaw would ask Germany for permission to re-export tanks to Ukraine. But he added: “Even if we did not get this approval... we would still transfer our tanks together with others to Ukraine. The condition for us at the moment is to build at least a small coalition of countries.”

Germany’s foreign minister appeared to hold the door open to approval of such shipments on Sunday when she said Berlin would not stand in the way if Poland wanted to send them.

Ukraine and Russia are both believed to be planning spring offensives to break deadlock in what has become a war of attrition in eastern and southern Ukraine. Current fighting is centred on the town of Bakhmut in the east, where Russia’s Wagner mercenaries and Ukrainian forces have been locked in battle.

Ukrainian President Volodymyr Zelenskiy meanwhile was grappling with a corruption scandal which could dampen Western enthusiasm for his government.

A newspaper reported that the Ukrainian military had allegedly secured food at highly inflated prices, and a deputy minister resigned after an investigation into allegations he accepted a bribe.

Ukrainian officials have been pleading with Western allies to supply them with Leopard tanks for months. Germany has so far held back from sending them and says other Nato countries have yet to formally ask to re-export them.

After Ukrainian advances in the second half of 2022, frontlines have been largely frozen in place for two months, despite heavy losses on both sides. Ukraine says Western tanks would give its ground troops the mobility, protection and firepower to break through Russian defensive lines and resume their advance.

“We need tanks — not 10-20, but several hundred,” Zelenskiy’s chief of staff Andriy Yermak wrote on Monday on Telegram. “Our goal is (restoring) the borders of 1991 and punishing the enemy, who will pay for their crimes.” Western allies pledged billions of dollars in weapons for Ukraine last week but failed to persuade Germany to commit to allowing Leopards.

Nato and EU members Estonia and Latvia told their Russian ambassadors to leave after Moscow said it was downgrading diplomatic relations with Estonia, accusing it of “total Russophobia.”

Estonia, Latvia and their Baltic neighbour Lithuania have been among a group of Nato allies arguing strongly for Germany to provide its Leopard battle tanks to boost Ukraine in fighting off Russia’s invasion.

The Russian Foreign Ministry said it had told the Estonian envoy he must leave next month, and both countries would be represented in each other’s capitals by an interim charge d’affaires instead of an ambassador. Estonia responded in kind, telling the Russian envoy to leave by Feb 7, Foreign Affairs Minister Urmas Reinsalu said. 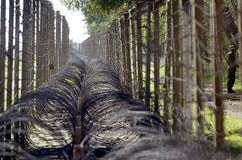 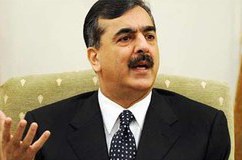